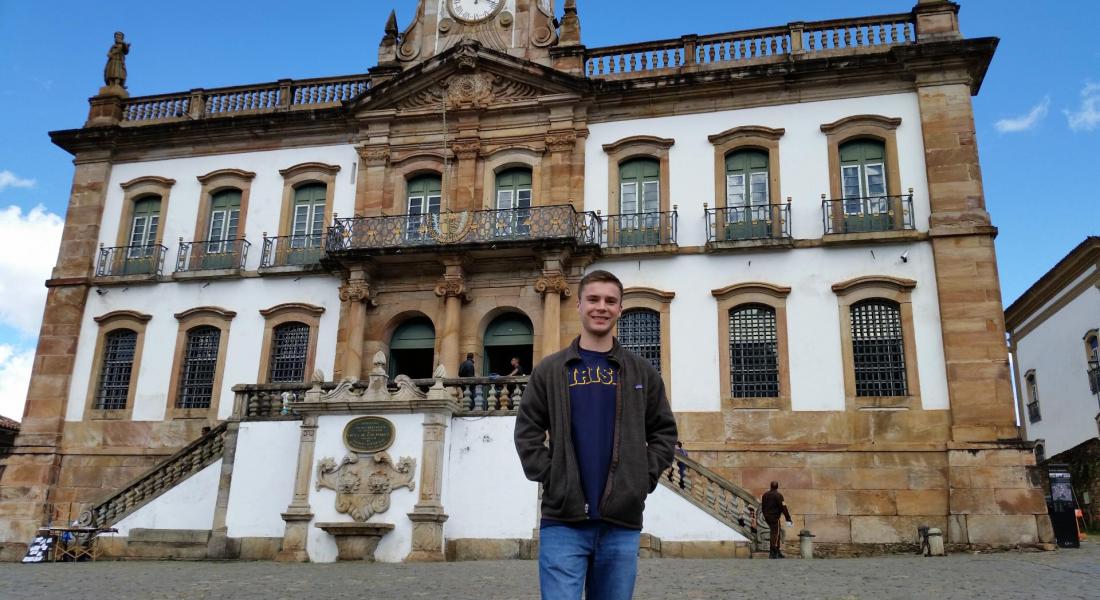 My last report ended with me starting my final week in Rio. Maybe it was my growing comfort and understanding with the National Library, or maybe just luck, but my last week in Rio was probably my best. I found several excellent documents in the last week. One, a book filled with academic articles published by a Brazilian college in 1724, touches on the subject of the righteousness of the conquest of Brazilian natives and how "civilized" they were before the arrival of the Portuguese. I think it gave me a great insight into how colonists at the time viewed their indigenous neighbors.

I also found a wonderful document by Father Antonio Vieira, a famous Jesuit activist for Indigenous rights in the 17th century, and many great documents around the time of the Jesuit expulsion from the new world which show a contradiction in Portuguese policy. The crown takes over government of indigenous from the Jesuits and seeks to integrate them into mainstream colonial society, while at the same time calling for greater aggression against natives still resisting Portuguese rule. I also got lucky and in my last foray to the national archive finally found a couple of useful documents there. Most important was a series of royal orders from the king, which gave equal rights, and opportunities to the children of mixed Portuguese-indigenous children and outlawed discrimination against them. These laws improved the situation of conquered natives, but also seem to be an attempt by the Portuguese to eradicate "indianness" in their territories, leaving the distinction of Indian only to those un-conquered natives still fighting against Portuguese expansion.

Last week, I began working at the Public Archive of Minas Gerais. The staff is very friendly and welcoming. So far, I have made two big discoveries. First, I found a series of documents on Native allies of the Portuguese, called "docile indians" something which I had been looking for in Rio but hadn't found. These should help me balance out my project and serve as a counter to the resistance driven narrative I derived from the documents National Library in Rio. The second group of documents I am happy to have found in Belo Horizonte is letters of Sesmarias, land grants that were made by the Portuguese crown to colonists. I hope to use these to chart Portuguese expansion into Brazil's interior. I also found an interesting document today that listed the taxes each town in Minas was to pay for preparing an army to fight against the indigenous in the 1760's. The 1750's appear from the sesmarias to be the decade with the most explosive growth, and so these documents show a pretty obvious link between Portuguese expansion and conflict with the indians, thus likely contradicting the view that the natives simply continually fled deeper into the forests. I have also gotten a chance to look at the Archive's library, and was given a few great reading suggestions by the staff. I likely would never have heard about these books otherwise, but I look forward to reading them and think they will contribute a great deal to my thesis.