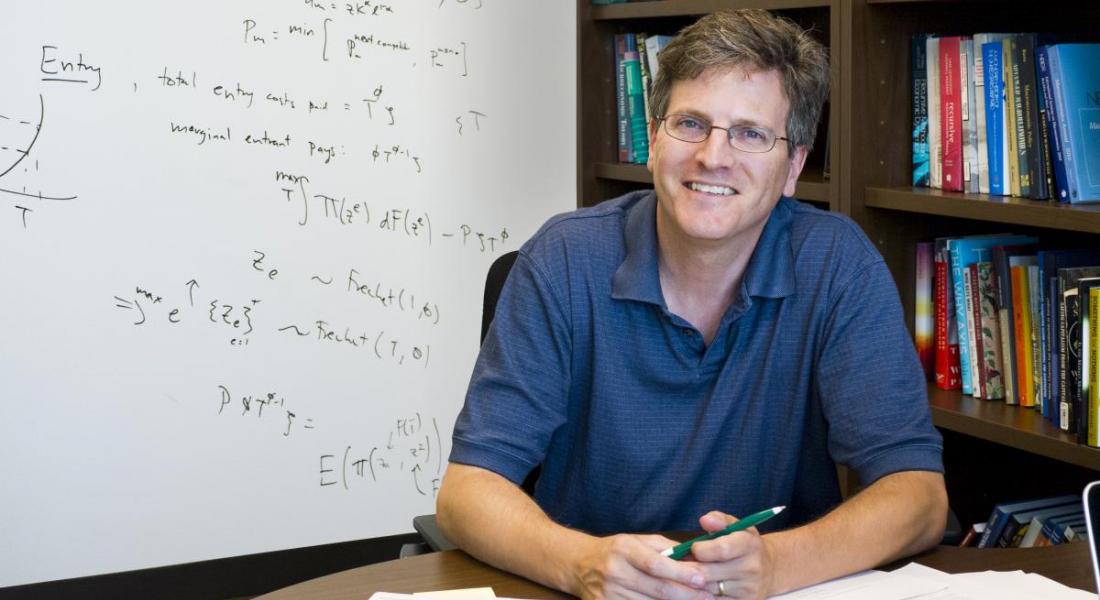 Faculty Fellow Joseph Kaboski has spent his career as an economist grappling with one very large and vexing question: how can countries in the developing world move their citizens out of poverty?

“The key to a country’s growth and development,” he maintains, “is getting it as a whole to grow and develop. To help figure out how to make the next 50 years in a country like Uganda look like the last 50 years in South Korea, we need to look at how hundreds or thousands of individual decisions people make daily combine to affect a nation’s overall economic health.”

While his body of work deals with topics as diverse as structural change, international trade, education and technological change, finance and entrepreneurship, and, most recently, the benefits and a possible “dark side” of industrial clusters, Kaboski’s investigations frequently focus on what happens to microeconomic policies and programs when they are scaled up economy-wide.

In fact, Kaboski won the Econometric Society’s 2012 Frisch Medal, widely considered to be one of the top three prizes in the field of economics, for just such work: evaluating a microfinance initiative in Thailand that used government funds to create nearly 80,000 village banks—with the goal of increasing credit and stimulating the nation’s economy overall.

More important to Kaboski than external recognition, however, is his belief that it is precisely this kind of scholarly analysis—one that makes connections between individuals’ behavior and desirable macroeconomic policy—that holds the key to advances in development throughout the globe.

Fusing micro and macro in Uganda and Armenia

Two exemplars of Kaboski’s approach of fusing micro- and macroeconomic analyses are investigations he is conducting in Uganda and Armenia.

In Uganda, in a project that originated with Kellogg seed funding and is now supported by Mastercard, Kaboski, former Kellogg Faculty Fellow Molly Lipscomb (University of Virginia), and Virgiliu Midrigan (New York University) are testing the behavior of “underbanked” entrepreneurs, who lack access to credit.

“Economists often assume that many—and often the most productive—entrepreneurs in developing countries are credit constrained, and therefore running businesses that are much smaller than they could be if they had access to financing,” Kaboski explains. “This dynamic lowers the demand for workers, as well as lowering employment and wages country wide.” 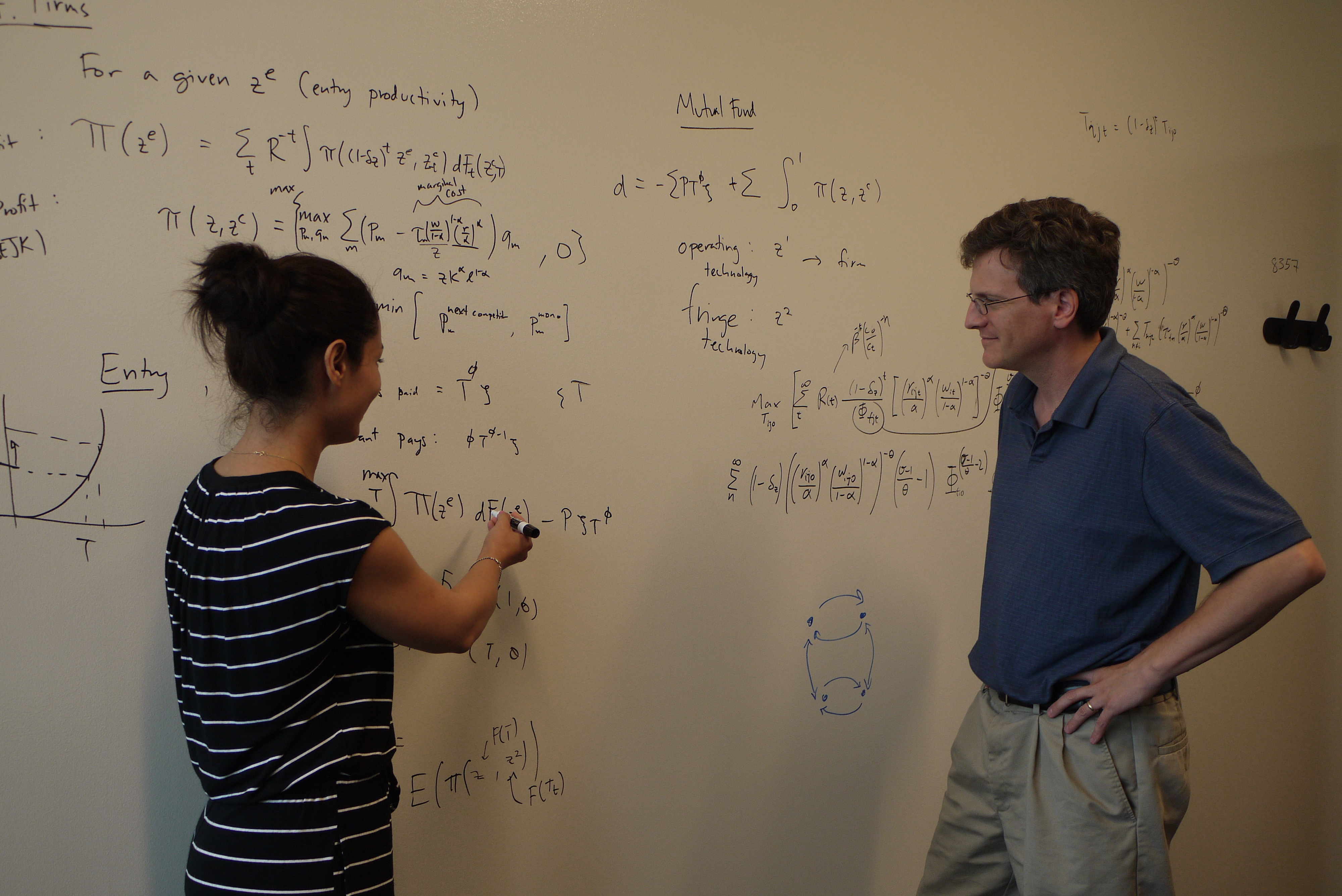 The researchers hypothesize that if credit-constrained entrepreneurs were given access to more cash, they would be able to achieve both high returns on capital and high investment rates. To test the theory, Kaboski and his team observed the savings and business decisions of households and later randomly gave about 600 entrepreneurs grants of either $100 or $500. Now they are observing participants’ use of the funds and their returns to capital.

The point, he says, is “whether microfinance and other credit subsidies are likely to lead to growth nationwide or simply greater indebtedness by individuals. We want to see if we can offer microfinance banks a way of selecting people most likely to succeed.”

A second project that illustrates Kaboski’s approach is based in Armenia, a former Soviet state with significant development issues where Kaboski serves as senior advisor to the country’s Central Bank.

“People want to save in dollars to avoid extreme fluctuations in exchange rates but borrow in their native currency of drams,” he explains. “That puts the banks in a precarious position. Their liabilities are in dollars, and their assets in drams. If the exchange rate moves, banks can become insolvent very quickly.” For this reason, regulators usually don’t allow banks to offer these services.

Kaboski is studying a Central Bank experiment in which banks offer discounts on loans or premiums on saving deposits—but with a catch: the interest rate a person receives depends on the currency chosen—dollars or drams.

The answers to these questions will help guide the Armenian government’s national banking policy as it faces the challenge of building strong financial institutions in its developing economy.

A new wave in development economics

The Ugandan and Armenian projects exemplify Kaboski’s commitment to an approach to development economics that seeks to combine analysis of individuals’ behavior with desirable macroeconomic policy.

Yet, he acknowledges that it is a complicated path.

“When I’m with development economists, the macroeconomists consider me a microeconomist and then vice-versa,” he says. “There’s a particular method and culture for each of the fields, and it can feel at times that I am a jack of all trades and a master of none.”

Nevertheless, he is convinced that this approach will help lay the foundation for policies that can propel whole countries forward developmentally. He’s also gratified that more and more economists, particularly young development economists, are engaged in this kind of bridging analysis.

“There are intellectual waves in every field,” Kaboski notes. “One wave that pushed development economics forward was collecting data in the field and running experiments. While the benefits of this strategy were huge, scholars realized that microeconomics is limited. You need to combine experiments with models, and then you need to think about what happens when you apply a policy to an entire country.”

Fundamental to Kaboski’s work on development issues is his Catholic faith—a faith that he readily integrates with his economics scholarship.

He is a founding member and the current president of the Catholic Research Economists Discussion Organization (CREDO), an international society of nearly 500 research economists that grew out of conferences with the Lumen Christi Institute. The organization’s members explore the intersections between principles of Catholic social thought and economic questions, and CREDO serves as a resource for Church leaders and other organizations engaging with social and economic issues.

This past May, Kaboski helped to run a seminar in Rome for young economics and finance scholars, many of whom are just beginning to imagine what the overlap between their faith and their work might look like—particularly as to questions of justice and ethics. 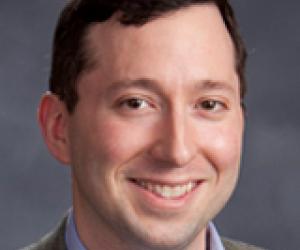 Faculty Fellow Kirk Doran was part of a panel of Catholic scholars who took part in a June 2 webinar on the response to the COVID-19 pandemic.