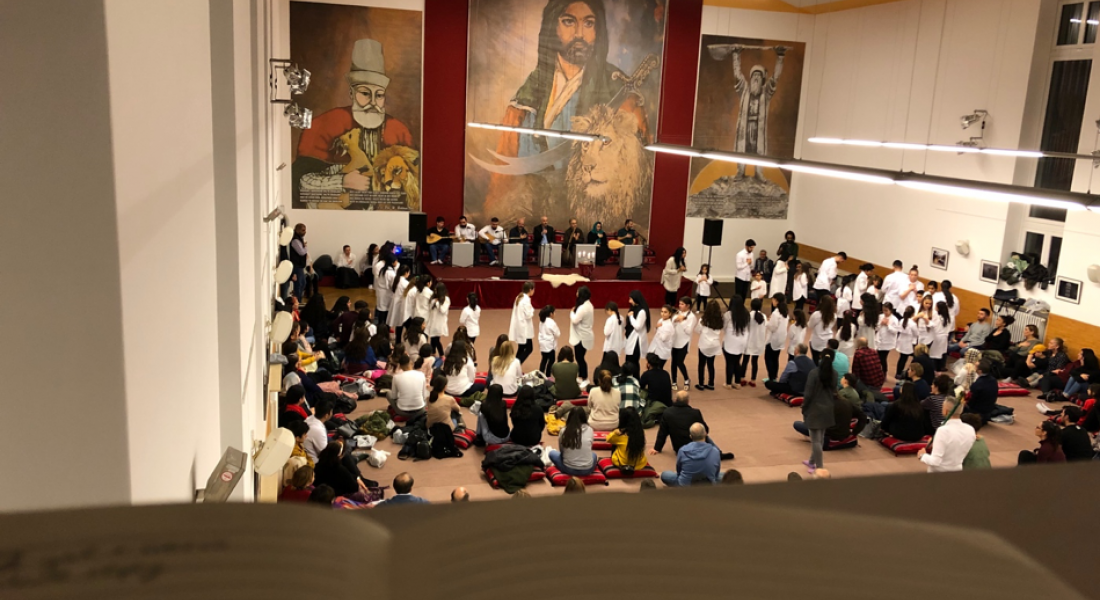 Over the span of 12-months (Aug. 2019 – Aug. 2020), I conducted fieldwork in Berlin, Germany to study the Alevi religious community. This research was extensively supported by the Kellogg Institute, complementing the funding awarded by the Institute for Scholarship in the Liberal Arts, the Nanovic Institute, and the Anthropology Department. My ethnographic research consisted of daily visits to the Alevi Community Center to document observations, participate and volunteer in their activities and services, and interview members and attendees. The purpose of this fieldwork was to examine the negotiation processes of minority identities; and the role of organized community centers in collective identity construction processes that are both local and transnational. The diasporic Alevi community has found a special way to establish roots in Berlin through organized activities since the late 1970s. 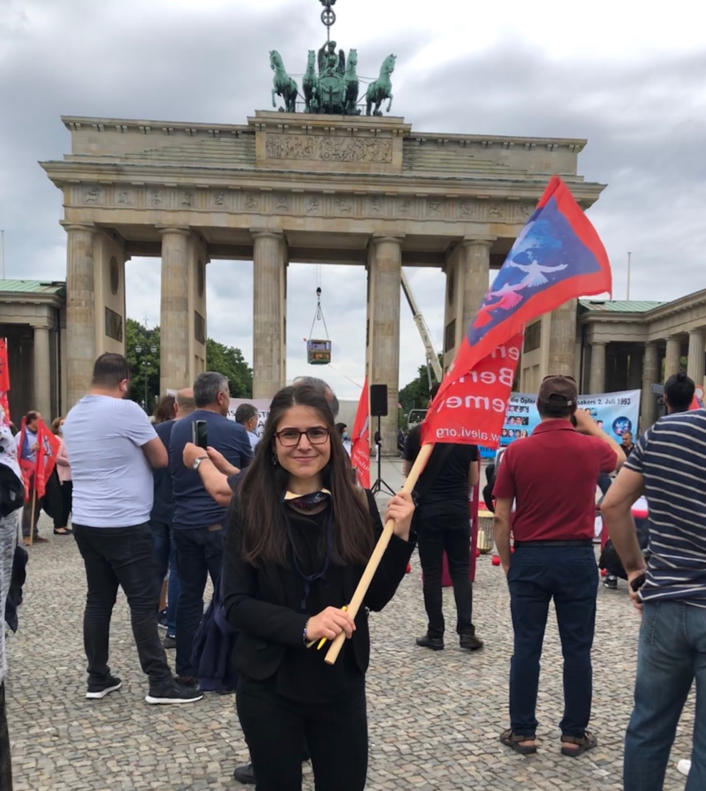 In Germany, people with a migration background from Turkey constitute the largest migrant population (around 4.5 million) dating back to the guestworker program Germany started in 1961. Alevis from Turkey also first arrived in Germany as guestworkers, and subsequently through family reunification or as asylum seekers ongoing since the 1980s. The largest Alevi diaspora, with an estimate of over half a million people, lives in Germany; about 70,000 reside in Berlin according to official statements provided by members of the Alevi community center.

Alevism is ancestral to the region of eastern Turkey and makes up 15-20% of the country’s total population. It is a faith that does not have one commonly agreed upon “book”. Some Alevis argue that they do not need one and cite a popular saying in Turkish (okunacak en büyük kitap insandır) which can be translated to English as: “people are the greatest books to be read from”. This phrase refers to the idea that any lessons that need to be learned can be found within the humans themselves (fieldwork notes 2019-2020). When speaking of Alevism, it is often put into relation with Islam. While there is some overlap with Islamic teachings, it is rather viewed as a heterodox and syncretistic religion (e.g. Dressler 2013) and some efforts to regard Alevism as a non-Muslim religion are underway in Turkey and Europe. As several of my interlocutors pointed out, the question about its place within Islam becomes irrelevant when looking at the Alevi practices on their own right.

As someone who grew up in a Sunni Muslim household in Germany, my fieldwork observations showed that the Alevi faith rituals have no resemblance to the mainstream Muslim practices. For starters, music plays a central role within the Alevi tradition accompanying all religious sermons unlike its contentious place within orthodox Islam. Hence Alevis do not attend mosques, rather they have their own worship place called the “cem evi” (house of gathering) in Turkish which was the Alevi Community Center where I conducted my fieldwork. Further, Alevis do not tend to fast during the month of Ramadan, rather at two other times in the year (for 12 and 3 days each) that are concluded by a “cem” sermon where 12 Alevi specific roles and services are performed among others the distribution of food and the performance of the divine “semah” dance. In the photo below, the semah dance is performed during the 2020 “Xizir Cem” ceremony which took place in February at the end of a three-day fasting period. Xizir (also spelled as Hizir) is a mysterious figure within Alevism who called upon during times of hardship and destitution and is hence viewed as a patron saint.

Ethnographic fieldwork is traditionally regarded as a rite of passage into the profession of cultural anthropology. I was able to successfully complete this essential stage of my doctoral education to collect data for my dissertation through the generous funds provided by the Kellogg Institute at Notre Dame. My gratitude also goes to the welcoming nature of the Alevi population in Berlin who made the community center a second home for me. Several families also invited me into their private homes and shared their meals. My interlocutors were not only generous with their time but also patient and eager to explain to me the rich rituals and practices of the Alevi traditions. 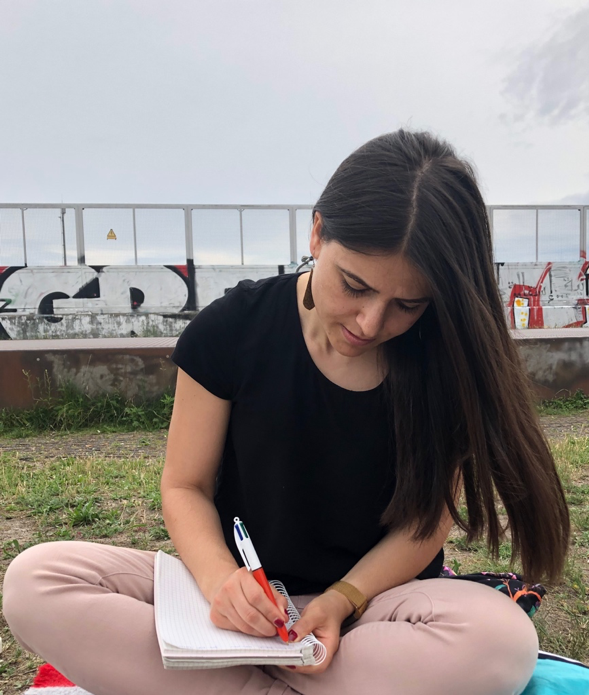 The human-centered Alevi practices and philosophy was probably best observed with the outbreak of the COVID-19 pandemic which resulted in the creation of several volunteer projects such as grocery shopping and checking in on the elder and mass masks sewing project. The Alevi example confirms the significance in adapting a holistic vision for the integral human development efforts which are central to Kellogg Institute’s research initiatives and since the outbreak of COVID-19 pandemic, this development model has also become a highly prioritized issue by the Keough School. The role of community centers also intersects well with the Kellogg Institute’s democracy research themes; the Alevi community center reacts and impacts local and translational politics as well as greatly shapes public life in civil society. Hence, my findings will contribute to broader academic and policy interests in how culture (including religion and language) impacts immigrant and minority integration and community formation efforts. As I complete the dissertation writing stage – made possible by the vast amount of data collected from my fieldwork in Berlin – upon earning my doctorate in 2021, I will start working on the book publication of my research.