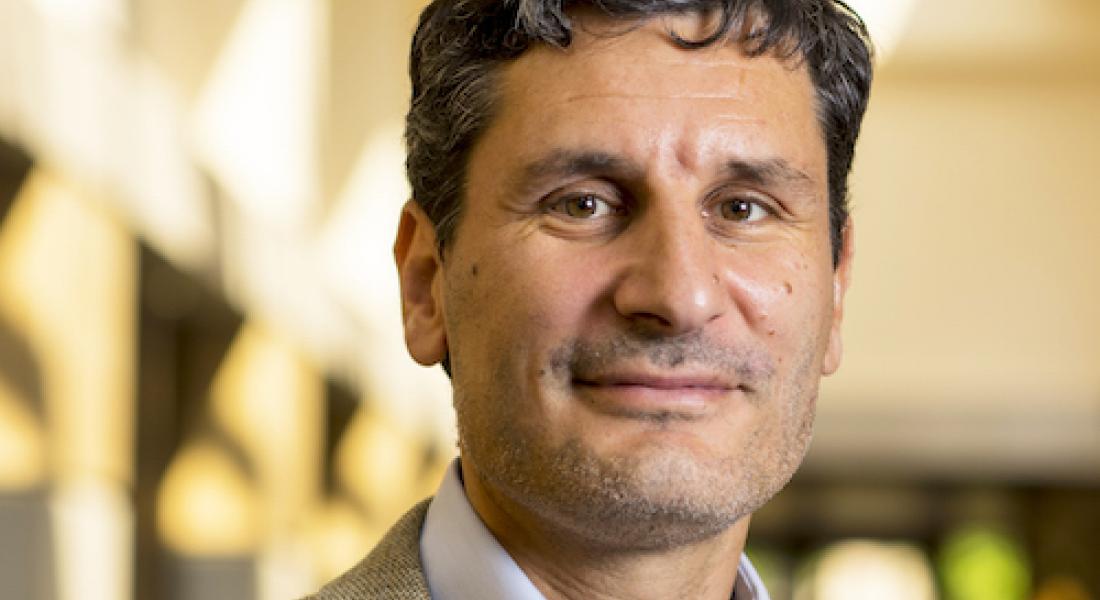 A society looking for scapegoats is never a good place to live.

That’s according to Diego Sanchez-Ancochea, a new visiting fellow at the Kellogg Institute for International Studies who studies economic development and inequality.

Much of his work focuses on Latin America, where, he said, the longtime concentration of wealth and political power among a tiny elite has triggered widespread feelings of alienation and a rise in populist movements.

It’s a scenario he now sees playing out in the US and in some European countries, where a growing imbalance in wealth has led to the rise of Trumpism and right-wing political movements – and a tendency for the frustrated majority to hold others responsible for its problems.

“Inequality is extremely dangerous in terms of opportunities for the majority and also for politics,” the Spanish political economist said. “In those environments, everybody starts looking for people to blame.”

Sanchez-Ancochea came to the Institute from the University of Oxford, where he directed the Latin American Centre from 2015 to 2018. While at Kellogg, he’ll study the relationship between economic and political inequality in Latin America, which he described as one of the most unequal regions in the world.

“We’re talking about inequality in which the top 1 percent controls more than 20 percent of everything produced annually,” he said. That imbalance gives the rich outsized influence in politics, erodes the public’s faith in its leaders, and ultimately undermines democracy.

It’s a pattern now repeating itself in the US, which is “absolutely” heading toward a more lopsided distribution of economic resources, Sanchez-Ancochea said. He cited figures that show the top 1 percent increased its ownership of the economy from 9 to 20 percent between the late 1980s and mid-2010s.

He plans to begin writing a book during his fellowship for the general public about what the rest of the world – particularly Western nations – can learn from Latin America.

“Latin America predicts what could happen in the US,” he said.

Meanwhile, the bulk of Sanchez-Ancochea’s work at the Institute will focus on why inequality varies from country to country in Latin America, despite the similarities between some nations. For instance, Chile and Uruguay should see equivalent levels of inequality because of their comparable political parties, strength of democracy and state institutions. But Chile is much more unequal than Uruguay.

“Clearly there’s something else going on that is important and we need to consider,” he said. “It becomes clear it is not a question you can study through quantitative research alone. You need to think through the history of countries from a comparative perspective.”

He co-authored the 2016 book The Quest for Universal Social Policy in the South: Actors, Ideas and Architectures with former Kellogg Visiting Fellow Juliana Martínez Franzoni of the University of Costa Rica (Cambridge University Press). The book is a comparative analysis of the use of universal social policies to reduce inequality in Costa Rica, Mauritius, South Korea, and Uruguay.

Sanchez-Ancochea came to the Institute because of its tradition of groundbreaking scholarship in politics, economics, and Latin American studies, as well as its reputation for providing an ideal research environment.

“Everyone at Kellogg knows what’s important for researchers, which is time, space, the availability of books and other resources, and the potential for conversations with other academics,” he added. “Having a year as a visiting fellow to use those resources is a unique opportunity.”

He hopes to influence thinking on policy issues by “putting new ideas on the table that might be useful and provide new perspectives to policymakers.”

In particular, he wants to help promote the construction of better societies – meaning, greater equality throughout a country.

“It’s unethical for a small group of the population to control so much, and it makes it much harder to construct a better society – one that is more democratic, has a more vibrant economy, and more opportunities for more people,” he explained.