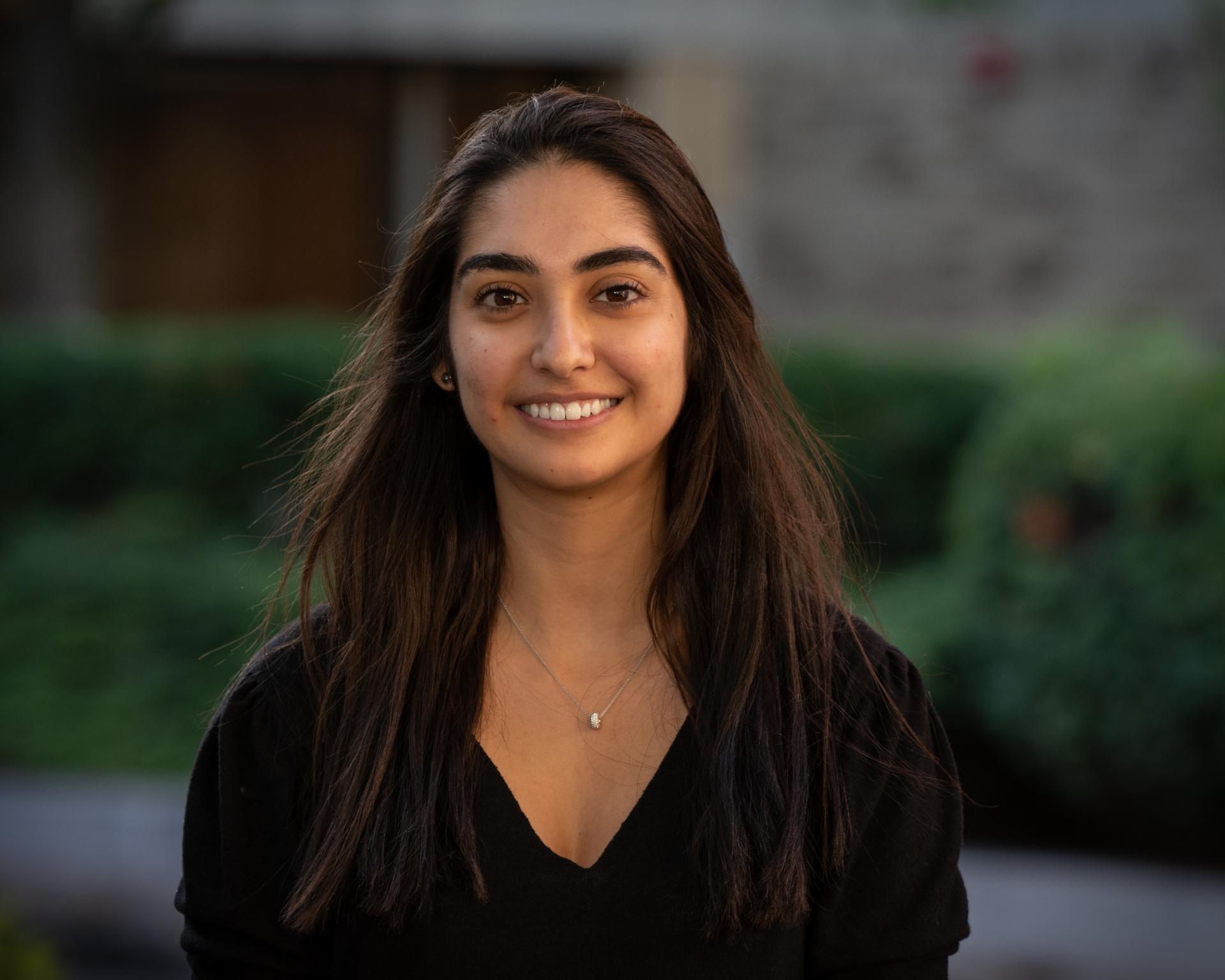 Facing the threats posed by the coronavirus pandemic is not easy, nor is it easy to conduct a general election – especially a free and fair one in an underdeveloped country. How about doing both simultaneously? The Dominican Republic is currently undergoing this challenge, with elections scheduled for July 5. The coronavirus pandemic was declared a national emergency on March 19. There are currently 16,531 active cases in the country, 9,266 recovered ones, and 488 deaths. Fortunately, our health system has not collapsed – yet, and there seems to be moderate control over the virus’s transmission rate compared to other countries in the region, such as Ecuador. Nonetheless, as the country comes close to holding general elections, the feasibility of doing so while still respecting the well-being of all Dominican citizens is in question.

Aside from this health problem, other political problems have emerged, including constant distortion by the media to promote the pro-government candidate as “the pandemic hero.” Since the start of the pandemic, the candidate from the governing Partido de la Liberación Dominica (PLD) has been actively distributing resources. Most of these resources, however, come from government money, a fact that the most vulnerable population cannot distinguish. Another major problem brought up by elections during the pandemic is voter abstention. Not only are there many voters who logically fear getting the virus if they cast ballots, but there are many others with underlying health conditions who simply cannot risk doing so. The pandemic has not only become a health and economic problem, but also a democratic one in which government opportunism and voter abstention are overpowering the focus on the elections.

It is essential to provide background information on both the election process and the start of the pandemic in order to better understand the Dominican Republic’s current situation. Municipal elections were originally scheduled for February 16, but due to an unexpected failure in the automated voting system that morning, the elections were postponed to March 15. Massive protests broke out in the country’s major cities. Activists demanded free and fair elections, as well as an investigation to determine those responsible for the voting system’s failure. The protests lasted several weeks.

Meanwhile, the country’s first coronavirus case was recorded on March 1. The government did not actively respond. On the contrary, it sought to conceal the effects of the virus in order to prevent people from not voting by covering the true number of cases that had been reported. For instance, on March 12, while there were only five official cases of the virus in Dominican Republic, I was already acquainted with three that were not the same as those reported. On March 15, the municipal elections took place peacefully with an average amount of voter abstention; after that, the cases of coronavirus grew exponentially. Four days later, the country declared a national emergency because of the coronavirus. The minister of public health, whose name I did not know before March 19, became the country’s most visible public official. This is when the current political problems began to emerge. The country had to find a way to prepare for the general elections, initially scheduled for May 17 and postponed to July 5; moreover, presidential candidates had to adapt their campaign strategies to the current situation. After the February protests, one of the greatest worries for voters was the state of democracy at the ballot box, a problem that had now grown even larger due to the pandemic. At the same time, adapting campaign strategies to the pandemic situation favored the official party candidate, who could take advantage of governmental resources to deliver them himself. Lastly, as the number of cases increased, so did the worry that voting abstention would do so as well, harming democracy to an even greater extent.

According to a poll performed by the Market Research and Associates (Centro de Investigación de Mercadeo y Associados) on March 6, the pro-government candidate had 25% of the votes. Another poll executed by the Greenberg-Diario Libre gave him 24% of the votes. The opposition candidate, on the other hand, received 52% of the votes on both polls. After the declaration of a national emergency on March 19, the PLD candidate, Gonzalo Castillo, or the pro-government one, was quick to take advantage of the situation. At a time when the presidents of multiple nations are working more relentlessly than ever, the Dominican president, Danilo Medina, was nowhere to be found. Castillo, the candidate for his party, seemed to assume the president’s role and started helping the population himself – something that could ultimately benefit both the president and Castillo, as it would allow the PLD party to stay in power. Nonetheless, due to Dominican Republic’s history of corruption and immunity in the last 20 years of the PLD administration, there is reason to believe that the resources Castillo distributed to voters during the pandemic were actually governmental resources. It is important to note that, while the government distributes resources through the Central Electoral Board for political parties to implement in their candidates’ campaigns, direct government resources should not be used for this purpose. While Castillo took advantage of government resources to increase votes, vulnerable citizens were sold the narrative that he was helping the country more than the opposition candidate was. The PLD candidate became a major opportunist and his votes increased by more than 10%, according to a poll by the Economic Center of El Cibao (Centro Económico del Cibao) on May 14. This is of concern for a majority of the citizens, as most uninformed Dominicans are quick to believe that Castillo was genuinely helping them with his own resources as well as those of his campaign, rather than questioning their legitimate source: people’s taxes.

Another concern for most citizens is the predicted high level of voter abstention in the upcoming elections. Historically, voter refraining has been between 27 and 30%, which is relatively high. While voting abstention during the past years was mainly attributed to political reasons, in this election, it may be due to both political and health reasons, greatly increasing the possibility of an even lower voter turnout. Abstention is a threat to democracy: the fewer people that vote, the less representation there is in government. There are numerous reasons why Dominicans would refrain from voting. With regards to health reasons, many people fear contracting the virus, while others have preexisting conditions that put them at severe health risks if they do. Perhaps the segment with the lowest voter turnout would be senior citizens, and there seems to be no indication that the Central Electoral Board, the body responsible for organizing elections, is creating alternatives for in-person voting. Another major threat caused by voter abstention is the creation of a second round. In order for a candidate to win the elections, he or she must receive 51% of the votes. It is unclear whether any candidate can achieve such percentage, but if none of them do, a second round of elections is called. This would entail an immense amount of capital, and the Dominican government does not have enough, in light of the pandemic and the organization of two municipal elections that same year.

The current situation in the Dominican Republic triggers me to comment on other issues undermined in the press. Brands are constantly competing for limited consumer attention. While people should not be viewed as consumers in view of a pandemic, political and health issues in the media are constantly in dispute, both of which deserve importance and greatly affect one another in this situation. Regardless, I cannot help but wonder that, with the coronavirus and campaign propaganda sweeping the media, there is no space to advocate for those in need. Yes, candidates do help vulnerable citizens, but they do so with the purpose of sending a message that would benefit their candidacy rather than marginalized populations. The fact that politicians display their contributions may also send the wrong message to some viewers: help can only be provided through political entities – which is completely inaccurate. This is something that is worth shedding a light on in the Dominican Republic. In this situation, Dominicans should strive to stay informed in a balanced way. We should understand that the pandemic affects our politics much like our politics affect the pandemic, yet we should also understand that there are many more prevailing issues that root from this, such as helping those in need.

The Dominican Republic faces an enormous challenge: organizing a democratic election in a pandemic without risking the health of its voters. Ever since the protests carried out in February after the municipal elections were canceled, citizens have been very keen about the state of democracy in the Dominican Republic and have become greatly concerned with the way elections are carried out. With the pandemic overbearing the nation, the state of our elections has been questioned. The official party candidate has found a way to take advantage of the situation and increase the party’s votes with the nation’s resources. Meanwhile, voter turnout has been threatened by both political and health concerns, especially for those with preexisting health conditions. As a young Dominican concerned with my country’s well-being, especially that of my father and two grandmothers with preexisting health conditions, and as a political science student and believer in liberal democracy, it is hard to find a balance between both issues. Determining the ways in which the pandemic has incidence in politics and vice-versa will help us stay informed. At the same time, if you’re a healthy Dominican, start building up gear to wear for July 5; hope to see you at the ballots! 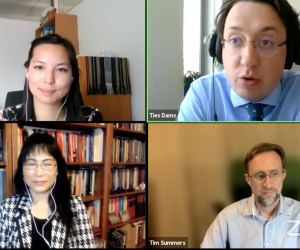