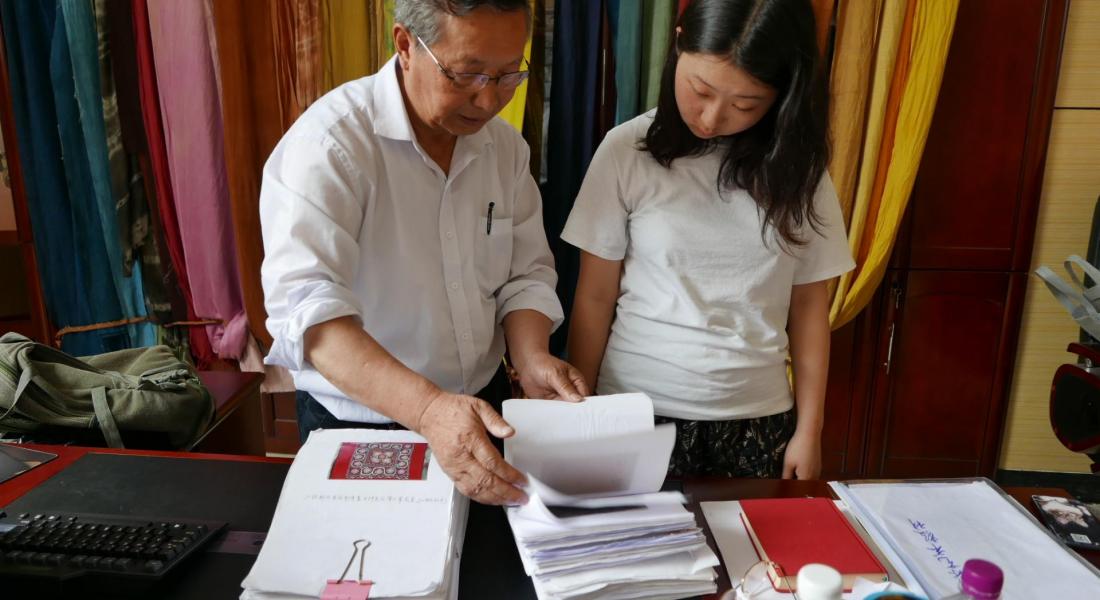 I spent the rest of my time in western Guizhou, mainly in the Zhening area. After communicating with the Far-Near staff and Professor Yang in Kaili, I decided to visit the Gaoadang village.

My routine is to first find a local contact. Before I went to Zhening, I had researched the local style of batik. I show the pictures to locals in crowded marketplace and explain my questions. In this way, some local people would pay attention to my questions and give some advice. I get the specific addresses of certain artists and sometimes even a translator who can interpret Miao dialect into Mandarin. Compared with the beginning of the trip, this method has made the research process a lot smoother. The most difficult part for me is to interview. At first, the artists would not reply much to the questions I asked. I reflected and adjusted the way I asked the questions. I realized that before, my questions were too academic. I gradually learned to ask them in a more casual way and my questions then covered more topics not only about batik, but also about their personal life.

One interesting phenomenon I noticed is that artists would not give a defined but rather a subjective explanation to the geometric pattern they drew, or sometimes did not even know the meaning of it. I also realized the batik itself is tightly connected with people's beliefs and myths. So when I went back to Guiyang at the end of the trip, I talked with Professor Lei and bought some books discussing Miao people's rituals. For me, the research has not finished. I am reading the documents I found and complement them with the interviews. I realized that, compared to Bouyei batik culture, Miao batik culture not only contains so many distinct branches but also has diverse ideologies within itself. The materials I have collected of Miao and Bouyei are disproportionate. I think I will focus on Miao and mainly discuss the differences of batik between small Miao groups.