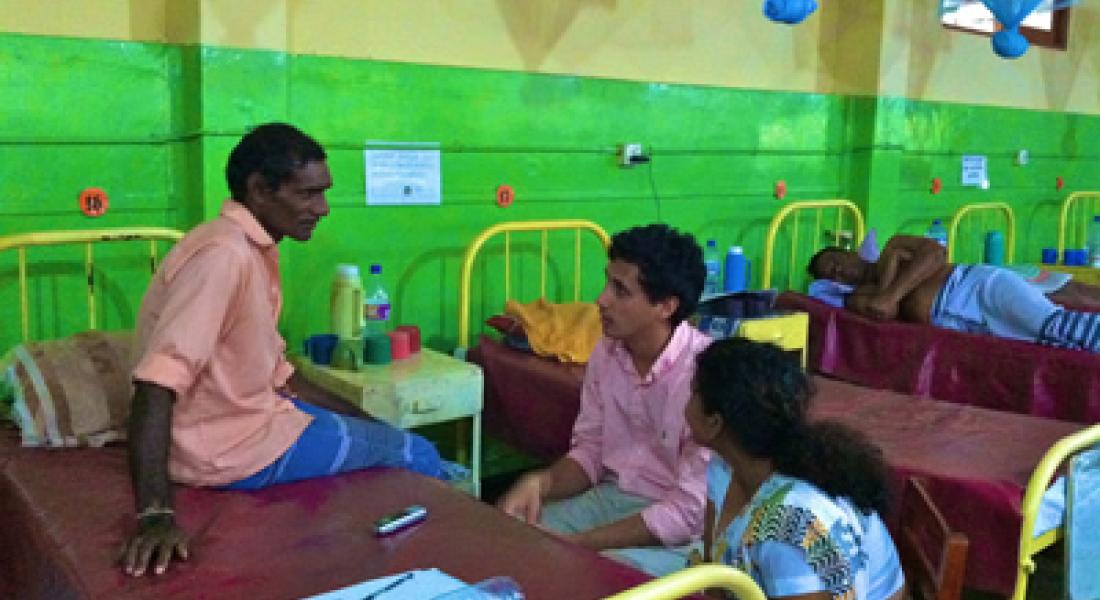 Yesterday was my official last day of research as I prepare to head back to the US next Tuesday. This entire experience has been amazing, and I have learned so much about how the medical system works in Sri Lanka, both on an institutional level and from patient-focused perspectives.

Over the past two weeks, I have had the opportunity to visit a sinhala vedamahatha, the term used for a practitioner who practices sinhala behet, the indigenous medicine of Sri Lanka, but has received no formal training to do so. They are often called "descendants," as the specific treatments as passed down from generation to generation. Some of them specialize in one illness, and I was taken by an ayurvedic physician to see one who is famous around the island and the world for his treatment of eyes. His patients had a variety of illnesses ranging from cataracts to trauma injuries to far-sightedness, and he often treats them by prescribing them a secret herbal mixture generally called "gooli," which they wrap around the big toe on the opposite side of the affected eye for four hours each day. Although full recovery takes years, patients I spoke with have told me their improvements have been nothing short of miraculous, as many have been told by Western physicians that the damage to their eyes was unfixable.

Buddhism is the predominant religion in Sri Lanka, and the belief in the healing power of the religion is strong. Many people seek treatment from religious healers or Buddhist priests for physical illnesses, irrational fear, the belief that they are possessed by an evil spirit, protection against bad horoscopes, and many other dilemmas. I had the opportunity to speak with many patients at the allopathic and ayurvedic hospital about their experiences with these healers, and this past week was able to meet one myself, and spend a few hours with him as he created a "sura," which is an amulet that has been chanted over with "pirith" (Buddhist prayers) for protection and health. It was a very powerful experience and one I had heard much about from patient interviews, but was now able to experience first hand.

Aside from indigenous medicine and religious healing, Sri Lanka has also incorporated many other healing methods from other parts of the world. Ayurveda is the predominant one and comes from India, but there is also unani, which is from the Middle East, Siddha from south India, and acupuncture from China. Today I spent the morning with Dr. Kumari, the director of the Ayurvedic Hospital in Anuradhapura, who is a trained ayurvedic physician and acupuncturist. She runs an extremely popular acupuncture clinic at the hospital, and although I have shadowed her before, I went back to say thank you and goodbye and watch the process again. The most common illness she sees is arthritis, but today I met patients who were there for hair loss, epilepsy, and partial paralysis…