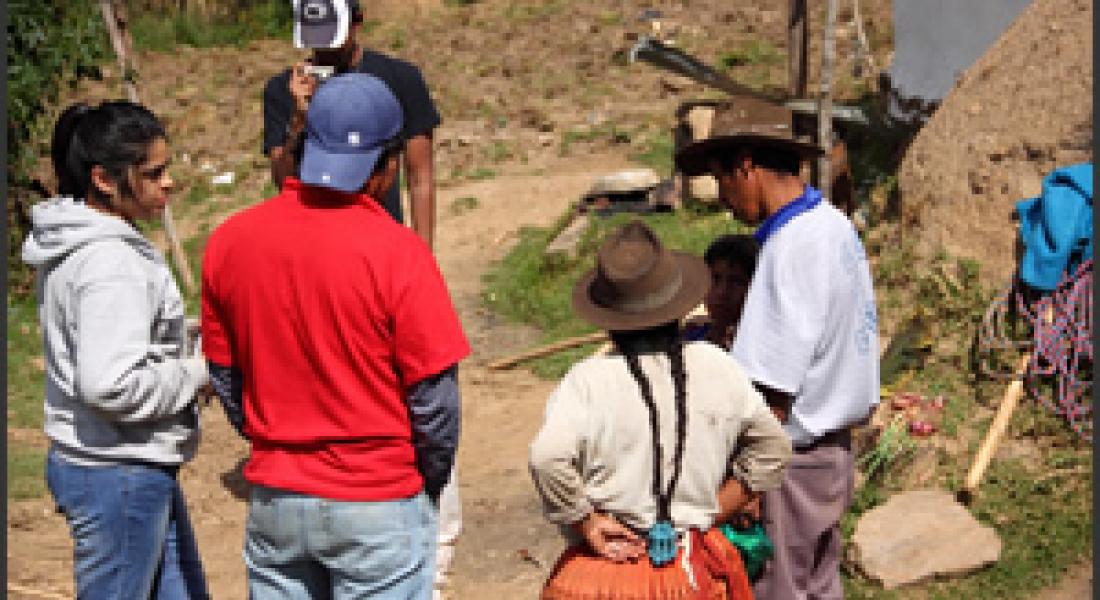 I couldn't be happier with my site placement. My organization Centro de Capacitación y Asesoramiento Multidisciplinario (CECAM) is made up of my two bosses Freddy and Rosio. Other volunteers are involved at times during the year, but other than the interns FSD and Sustainable Bolivia provides, they function off of their own money. CECAM produces waterless/biodegradable toilets and solar-powered stoves for poor, indigenous communities in the rural areas in the mountains.

I began last Sunday when I spent the night in the cold, tiny office of CECAM. I had to spend the night because Freddy, Rosio, two volunteers Ada and Enrique, and I left at 4am to visit el campo to give a demonstration of one of our stoves. It was a long, cramped, 5-hour bus ride on unpaved, rocky roads throughout the mountains. When we got there, I was freezing from the cold and had to hike for an hour to the place where we would spend the night – an adobe shack where running water, electricity, and bathrooms did not exist. After settling in, we hiked 3 hours into the mountains to one of the groups' community meetings where we began to set up the stove and prepare lunch for the 40 Cochabambinos. Once lunch was ready and we began to talk about our stove to the group, the men grew upset that we were not giving the stoves out for free and left – only 5 men stayed behind to hear the rest of our presentation.

After a failed demonstration, we ate lunch and hiked back in the pitch darkness to our campsite. It was an incredibly difficult experience having to fetch water from a stream (I didn't drink it!) and having to use the bathroom in a hole outside, but the disconnection from the rest of the world for the day was something I can barely explain. It was beautiful and a blessing. At night, I experienced a darkness I never knew existed and saw every star and galaxy in the sky. Enrique showed me El Cruz del Sur, Southern Cross, which is a constellation only visible in the southern hemisphere. I spent a good hour in the freezing cold outside just looking at the moonless sky. It was the closest to space I think a human could ever get while still on earth and the most breathtaking thing I had ever seen. Since visiting el campo, I have been inspired and rejuvenated to begin the big task my organization has asked of me.