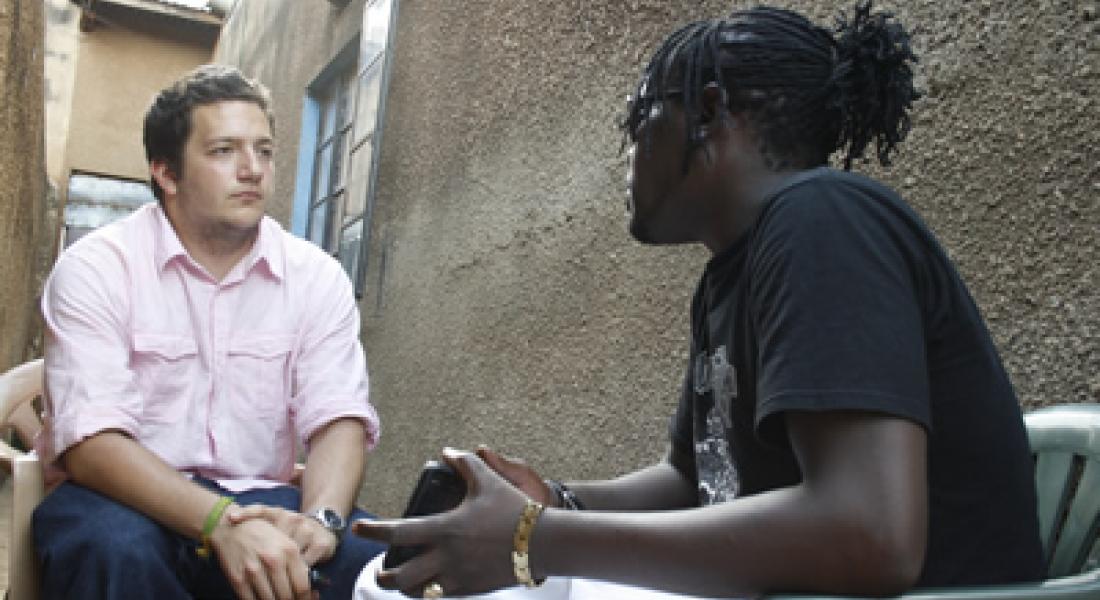 My time in Ugandan was very productive, having completed over thirty recorded interviews, totaling over 10 hours. I was able to get significant preliminary research in all three of my research areas. I have learned much about the history of hip-hop in Uganda, as well as its perceived roots. It is largely acknowledged that hip-hop came to Uganda from the United States in the late 1990s, but the industry really boomed in the early 2000s. Everyone I interviewed recognized the importance of America's influence on Ugandan hip-hop, but a surprising number of Ugandans also believed that there are elements of hip-hop that are inherent in Ugandan culture (for example rhythmic storytelling and morality riddles shared by young people after work). Ugandan hip-hop continues to be influenced by America and older elements of Ugandan culture.

I also learned much about the perceived role of hip-hop artists in Ugandan communities. Rappers are not perceived as political figures. Rappers believe that the political arena is out of their reach and that hip-hop could not influence national politics. Instead, they act as leaders for community based social change. While these rappers do not believe that they are capable of influencing politics, they are able to influence communities. Hip-hop, in a sense, is acting as a makeshift political forum, where issues that affect disenfranchised communities are directly addressed.

Learn more about the Experiencing the World (ETW) Fellowships Program