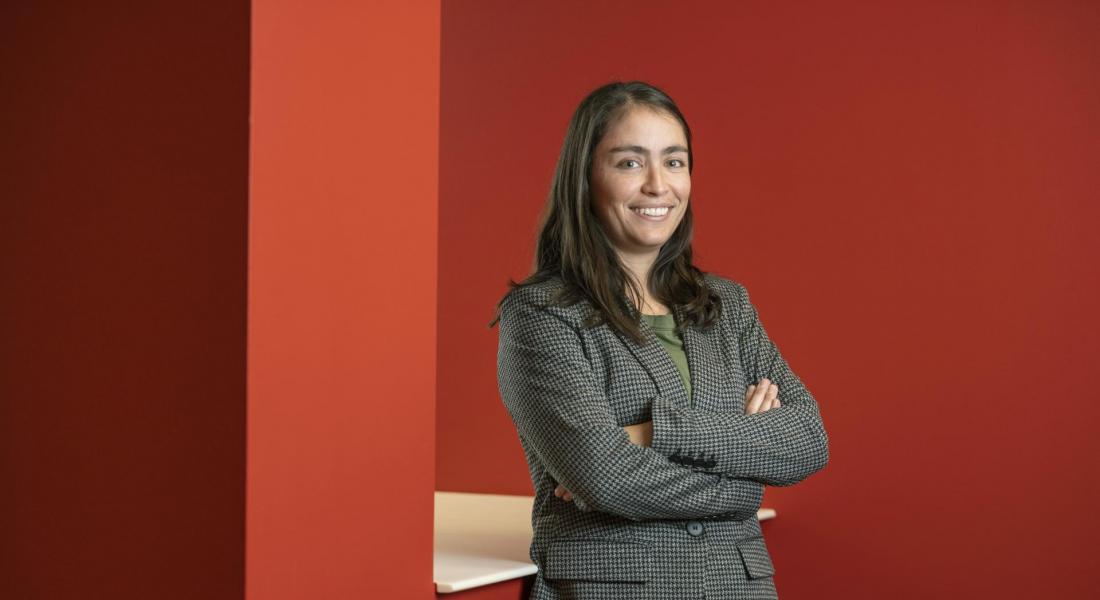 Laura García Montoya believes that in her home country of Colombia, decades of armed conflict with guerilla forces have given politicians and economic elites an excuse to ignore tough questions about the nation’s glaring income divide.

“Because the main issue has been violence, they’ve been able to put questions of inequality to the side,” the comparative political scientist and fall 2021 visiting fellow at the Kellogg Institute for International Studies said.

García Montoya draws from her distinctive background in economics, statistics, and political science to study the economic inequality and political violence that plague Colombia and parts of Latin America. Both problems threaten the quality of democracy, one of Kellogg’s core research themes, by undermining civilian participation and the influence individuals have in their government.

She believes the correlation between violence and issues that contribute to structural inequality is clear, and cites Colombia – where most citizens remember only a few years of peace and millions have had to flee their homes during the decades-long conflict – as an example.

“Colombia is one of the most unequal countries in the world and it’s been hit by violence far more than other countries in the region,” she said. “Understanding the interaction between these two problems is what drives my research, and it’s very personal to me.”

García Montoya’s main project during her semester at Kellogg, however, is focused on income disparities within countries in the region, a problem that troubled her even as she was growing up in a well-off Bogotá family.

“I feel like a lot of the privilege that I’ve had is just evidence of how unfair the system is, and that informs my research,” she said. “I know what it is to be on the winning side of inequality, and I want to contribute to our understanding of why and how the winning side keeps winning.”

García Montoya’s ambitious research agenda is based on the assumption that economic inequality is deeply political, resulting from the struggle between a wealthier minority that wants to defend its privilege and a poorer majority that wants to upend the status quo.

During her semester at Kellogg, she is working on a book entitled “Trapped by Inequality: The Politics of Redistribution in Latin America.” In it, she identifies the causes of what she calls “inequality traps” – high and persistent levels of economic inequality – and examines the policies and conditions under which some Latin American countries have begun to diminish inequality.

She contends that the state’s ability to create a more equal society largely depends on the strength of the economic elite and its ability to influence taxation and redistributive policies. And, she argues that solving inequality requires an interdisciplinary conversation – one that doesn’t focus on economic expansion as a policy solution.

“Our main goal should be increasing equality rather than growing the economy,” she said.

"The narrative of economists and policymakers is that when we grow the economy, we can distribute more. I want to resist that and say, we should start by distributing since historically growth has not resulted in more redistribution or lower inequality.”

García Montoya is a self-described “methodologist” whose research is unique because of her emphasis on integrating tools and approaches from a range of disciplines.

Her framework, she said, allows her to identify inequality traps and divergence moments –when countries have succeeded in declining inequality traps – that typical statistical and econometric analyses don’t capture. And it’s led her to conclude that much of the policy discussion surrounding inequality in Latin America is mistakenly focused on short-term variations instead of long-term trajectories in inequality rates.

“The fact that inequality decreased in Colombia in the 2000s, for example, doesn’t mean that it’s not going to go back up,” she said. “Finding those moments in time when countries have succeeded in declining inequality rates can teach us about the redistributive power of states and the conditions under which distributive policies allow countries to escape inequality traps.”

García Montoya, who completed a stint as a postdoctoral researcher at Princeton University’s Bobst Center for Peace and Justice in August 2021, was drawn to Kellogg because of its emphasis on interdisciplinarity and on translating academic work into actionable policies. Since arriving in South Bend, she’s grown professionally from working alongside more senior scholars within Kellogg and the larger Keough School of Global Affairs community.

“Being here has definitely impacted how I look at certain questions. It’s hard as a junior scholar to know how we situate our own agenda within the broader research community, and in just the few months I’ve been at Kellogg, I’ve been able to do more of that,” said García, who will start teaching this spring at Universidad del Rosario in Bogotá.

In that role, she hopes to contribute to policy discussions and help bring interdisciplinary perspectives – from historians, sociologists, political scientists, and others – into the traditionally economics-driven policymaking debate on inequality in Colombia and elsewhere in Latin America.

“I want to challenge how we think about inequality and who is in charge of thinking about inequality,” she said. “Only through interdisciplinary approaches can we consider the multiple forces that are interacting to shape inequality.” 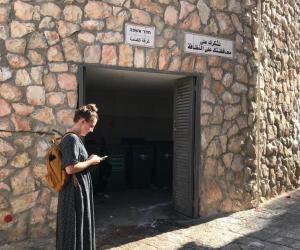 Kellogg Doctoral Research Grants help to fund the fieldwork of five female scholars in Middle Eastern countries. Beyond the camaraderie among the group, these scholars are finding benefits in connecting research interests across their respective disciplines.