Bridging Past, Present, and Future: A Conversation with Cuban Artist Sandra Ramos 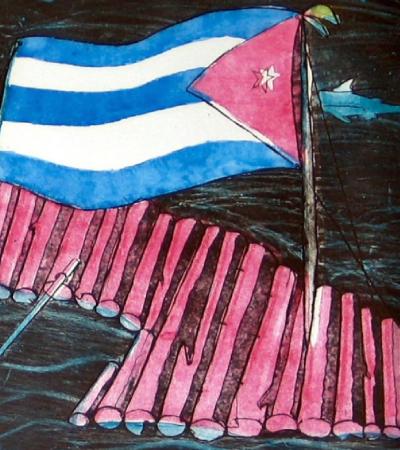 Presented by the Department of Romance Languages and Literatures and the José E. Fernández Hispanic Caribbean Initiative

Sandra Ramos is one of the most important and internationally-recognized contemporary Cuban artists. She began her career as a visual artist during the 1990s, the so-called Special Period, a time of extreme economic, political, and social upheaval in Cuba as a result of the fall of the Soviet Union. She studied at the prestigious San Alejandro Art Academy and the Superior Institute of Art in Havana.

Although the medium for which she is most renowned is engraving, she has also produced etchings, installations, collages, paintings, and digital animation.

Ramos’ art offers insightful critiques of modern Cuban society by addressing taboo topics such as mass migration, racism, communism, and inequality. Despite the fact that the themes she explores are grounded on the difficulties associated with the Cuban condition, her works engage with global themes and concerns that give her oeuvre a universal quality.

She has exhibited her work worldwide and some of her pieces are in permanent collections at the Museum of Modern Art in New York, the Museum of Fine Arts in Boston, and the Fuchu Art Museum in Japan, among others. You can find more information about Sandra Ramos here.

Cosponsored with the Institute for Latino Studies, Gender Studies Program, and the Department of Art, Art History & Design