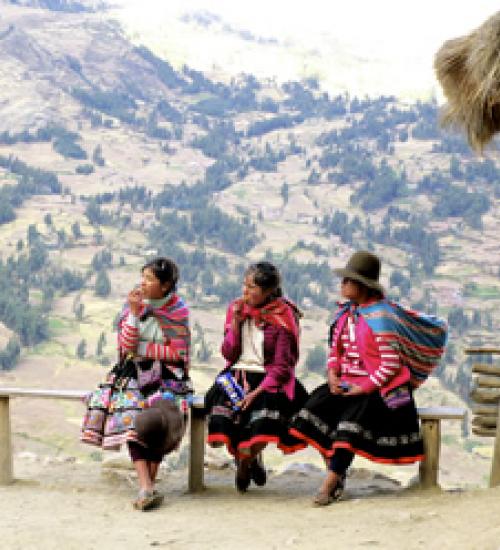 The Latin American Indigenous Language Learning Program (LAILL) promotes the study of the language and culture of the indigenous peoples of Latin America. Open to both undergraduate and graduate students, the program consists of an innovative, interdisciplinary array of classes, fellowships, and opportunities for study abroad.  Through the LAILL program, Notre Dame students are able to do what few other American students can do on their home campuses: immerse themselves in the study of a Latin American indigenous language.

At the heart of the program is the conviction that contemporary Latin America cannot be understood without attention to the indigenous past and present of the region—and that language is a powerful tool for understanding the reality of a particular time and place.

While other languages may be added in the future, for the present LAILL offerings focus on Quechua, the most widespread indigenous language in Latin America.  The official language of the Incan Empire, it is spoken today by 10 million people across Bolivia, Colombia, Ecuador, and Peru.

Each year, Quechua native-speakers from the Andes offer beginning and intermediate Quechua language classes on campus in addition to an intermediate-level Spanish class on Quechua culture.  For more information, contact the Department of Romance Languages and Literatures.

Offered through the Kellogg Institute, summer fellowships give undergraduate and graduate students the opportunity to pursue beginning, intermediate, or advanced study of Quechua at the Centro Tinku in Cusco, Peru. For more information, see Summer Fellowships.

The Latin American Indigenous Language Learning Program is the brainchild of Kellogg Faculty Fellow and Rev. Theodore M. Hesburgh, CSC, Professor of Arts and Letters Sabine MacCormack, who initiated the idea of offering Quechua language instruction at Notre Dame soon after joining the faculty in 2003.

Thanks to her advocacy, the University began offering classes in Quechua in 2004–05, utilizing the skills of a rotating team of visiting instructors from Peru who are able to offer instruction in Quechua culture as well as language. Two of the four instructors were trained in a program in Cusco founded by Kellogg Faculty Fellow Rev. Gustavo Gutiérrez, OP.

The program garnered national attention in spring 2008 when Notre Dame student Justin Perez ’10 was awarded the prestigious Boren Undergraduate Scholarship to further his study of Quechua in Peru. Perez was Notre Dame’s only Boren winner and one of only seven students nationwide to receive Boren funding to study in Latin America.

In fall 2008, MacCormack institutionalized the study of Quechua at Notre Dame through her $500,000 endowment of the Latin American Indigenous Language Learning Program. Funding for the endowment originated in the Mellon Foundation’s Award for Distinguished Achievement in the Humanities, which MacCormack received in 2001 and brought with her to Notre Dame.

For many students, study of indigenous language and culture leads to the desire to deepen their knowledge with hands-on investigation of a single issue or set of interrelated questions.

Funding opportunities available for both undergraduate and graduate students allow for such investigation.  At the undergraduate level, independent research allows students to delve deeply into topics of interest while developing research skills, relationships with faculty experts, and in some cases, material for honor theses. At the graduate level, such research can form the groundwork for dissertation research or expand on research currents already under way. 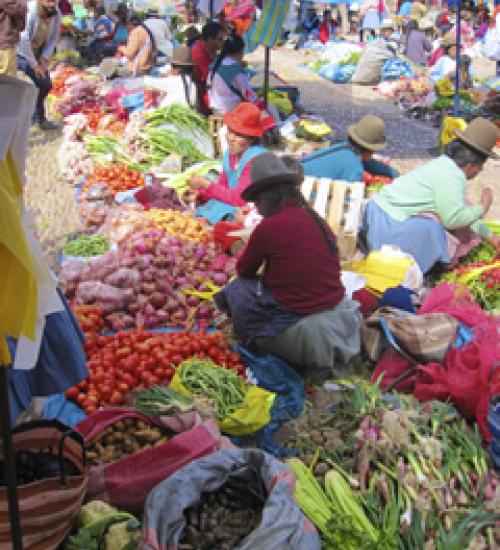