My research abroad this past summer did not go entirely as expected — for the better. I set out to San Basilio de Palenque (Colombia) in order to conduct the fieldwork for my undergraduate thesis with research and interview questions that functioned as helpful “icebreakers,” entryways into the community’s sociopolitical life. Ultimately, however, these questions branched into new ones along unexpected avenues of research that produced more fascinating and fruitful results than I would have originally anticipated.

Originally, my ethnographic fieldwork project was concerned with: a) identity as articulated through the expressive culture of San Basilio de Palenque’s residents and place-making among both them and the ethnic community’s diaspora, as well as b) ethnic embodiment and identity boundary activation among the Palenquero through claims-making as a post-conflict victim community, toward understanding c) the intersection of place-making and claims-making: the articulation of Palenquero customs in contemporary political and youth culture in the search for solutions to long-standing sociopolitical concerns. The project’s contextual background was to be the 2016 Peace Accords between the Colombian government and the FARC, both of which deployed militants in Palenquero community spaces and produced victims throughout the conflict.

These topics remain crucialto what shall become my thesis, but they are no longer central. The Colombian armed conflict generally affected rural communities in a wide array of ways (e.g. territorial displacement, ethnic violence, femicide, environmental destruction), which have required diverse restitution strategies on the government’s part to realize justice and peace, such as land restitution, victims’ reparation and political reform. Almost as soon as I entered the community and began to interview, however, I found that this is not the case in San Basilio de Palenque, where violence took place during a brief period of time and its few direct victims were crossfire casualties rather than direct targets of the regime or its subversives; consequently, the government is only carrying out a financial reparation campaign — the only form of reparation relevant to the community and indeed the only one for which it qualifies. Given the limited scope of the government’s reparation efforts in San Basilio de Palenque, there has been little for the community to latch on to politically in the form of protest toward the Accords’ implementation. In other words, what I expected would be a flashpoint issue — the central focus of my investigation — was merely one limited example of much broader problems regarding the community’s relationship with the government. In other words, I ultimately found that the community’s ambivalent relationship with the government — which other development issues in the community better exemplify — was a better focus for my research and, later, my thesis.

Rather than the Accords, then, during interviews community members repeatedly brought up and extensively discussed their situation of so-called “abandono estatal” (state abandonment), suggesting that the government’s lethargic implementation of the Accords is only a symptom of a much greater trend — a trend that, indeed, stretches back to the founding of the village in the 17th century. Today, the Afro-Colombian Palenquero community is both outspokenly and tacitly ambivalent about its relationship to the majority-mestizoColombian state, which, in the form of the Spanish Empire before independence, has kept Afro-Colombians and the Palenquero in particular at the margins of nationhood arguably since the trans-Atlantic trade began. Interviewees expressed dissatisfaction with the government at essentially every level (i.e. community, municipality, department, nation), generally speaking of institutions as owing a historical debt to the community while condemning officials who reap the benefits of the community’s cultural import — namely its designation by UNESCO as a “Masterpiece of the Oral and Intangible Heritage of Humanity.” Interestingly, the community is even overwhelmingly dismissive of its own ad hocpolitical institutions (e.g. community watch, community council), which the government granted specifically to the community in order to maintain elements of its heritage; they are seen as plagued by the same problems of bureaucratic inefficiency that characterize traditional state institutions.

These conclusions have an empirical basis: despite international attention and the village’s flourishing tourist industry, in San Basilio de Palenque healthcare is virtually nonexistent, education is precarious and food security is a hot-button issue. Not to mention the roads: unpaved, they collect trash as it piles up along the muddy sidewalks. One of the most striking developments was to watch a group of young men attempt to form a humble recycling collective, only to be met with institutional blockades and logistical hurdles at every step.

In order to synthesize these new avenues of interest inspired by those months in San Basilio de Palenque, I have drafted a thoroughly adapted new thesis for my project, a new starting point for my continued research as I review written materials provided to me by the community and engage in additional phone interviews to illuminate relevant points of contention, which follows:

The Colombian Constitution of 1991, in addition to legislation drafted throughout the following decade, grants new recognition and rights to ethnic minorities, including the Afro-Colombian Palenquero ethnic group, rooted in the village San Basilio de Palenque. After centuries of isolation following the village’s establishment in the early seventeenth century, a Palenquero ethos of local communal self-reliance now fuels an ambivalent relationship with the government as an institution at every administrative level. Palenquero social institutions such as the “cuadro” (“kuagro” in the Palenquero language) and political institutions such as the community council, outlined via Decree 1745 of 1995 and established only fifteen years ago, secure the group’s resilience, yet the government is perceived as ultimately responsible for the community’s “progress” in the capitalist sense, namely because the government is perceived as having set in motion and as now maintaining the structures that keep the community’s standard of living low, victimizing the community during the Colombian armed conflict and remaining largely unaccountable following the Peace Accords, signed in 2016. The new Palenquero political institutions are meant to bridge the gap between the community and the government, mitigating the condition of “abandono estatal,” but normalized corruption, clientelism and consequent institutional distrust continue to pose major challenges to this aim. 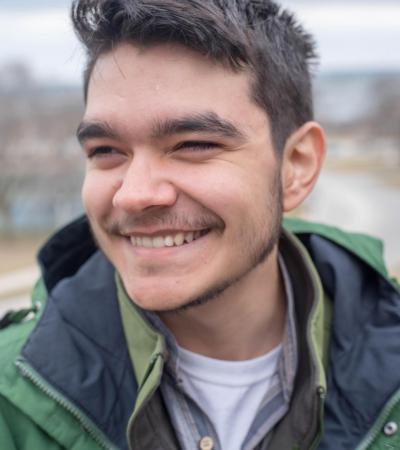