When I began planning for my capstone in January, I had no real concept of what the fieldwork would be like. I decided to conduct my research in Kigali, Rwanda in order to the study the experiences of the female members of parliament. Rwanda held personal and academic interests. As a political science major I was fascinated by the nature of the predominantly female parliament. The small landlocked nation boasts the world’s highest percentage of female legislators. At 63.4 percent, women constitute  the majority of Rwanda’s bicameral parliament.  Rwanda’s parliament is the result of the country's unique circumstances and reflects a pattern of greater female political involvement in African nations that emerged from war or violent conflict in the 1990s through early 2000.  Rwanda has surpassed its African and global counterparts in the representation of women in parliament and therefore serves as  a prime case study of the impact of women in government, particularly in policy making. My fieldwork resulted in 13 semi structured interviews with women members of the Parliament of Rwanda. The time I spent conducting fieldwork in Kigali, Rwanda was both enriching in incredibly challenging. I believe that the experiences I had in Rwanda has left me a better student and global citizen.

Rwanda, affectionately called “Le pays de mille collines” is heralded as a model of development and success on the African continent. Upon my arrival in Kigali, the only thing I could think of was just how different the landscape and social atmosphere of the country felt. Kigali was fast paced, yet there was a strong sense of order. This was not the same country that had been ravaged by war and genocide just 24 years earlier. My first lesson was of Rwanda’s determination to develop far beyond the narrative of genocide. I believe that I chose a critical time to work in Rwanda as every sector in the country is in the midst of rapid and large scale development.

I had little time to rest or explore before heading into my field work. The most significant aspect of my fieldwork experience was the incredibly welcoming environment that the Parliament of Rwanda created for me. My work would not have been successful without the people I worked with on a regular basis. I was granted full access to the parliament offices and records during my time in Kigali.  The clerk and I started by compiling a list of parliamentarians (MPs) who would be more open to being interviewed. I also worked with the Rwanda Women Parliamentary Forum in order to set up a line of contact. The vast majority of the time in the office was spent making phone calls in order to set up meetings with the MPs. I had to work with the MP’s very hectic schedules. Though this was a difficult task, it was greatly aided by the relationships I had established in parliament.

The goal of my capstone is to investigate female legislative effectiveness of Rwanda’s predominantly female parliament. Many of the women I spoke to discussed how far Rwandan women have come in the past 24 years. Women took an integral role in the development of the country and in their own social and economic development. Rwanda’s parliament has passed laws combating gender based violence, promoting education, and progressive maternity leave laws in order to ensure job security for women and men alike. The inclusion of women goes beyond a political context; the constitution mandates that women hold at least 30% of all decision making bodies. Rwanda has created extensive mechanisms for female empowerment. In a politcal sense these mechanisms go beyond the parliament. In the following months, I hope to analyze the effectiveness of the Rwandan parliament and further delve into the political relationships between the parties, executive branch, and the parliament of Rwanda. It is these three sectors of the government that are most integral to the involvement of women in the Rwandan government.

Overall, I am proud of what I was able to accomplish with my fieldwork; the capstone project has turned out to be the most challenging endeavor at Notre Dame. I am nervous yet excited for the new set of challenges and lessons that will come with the final stage of this project. 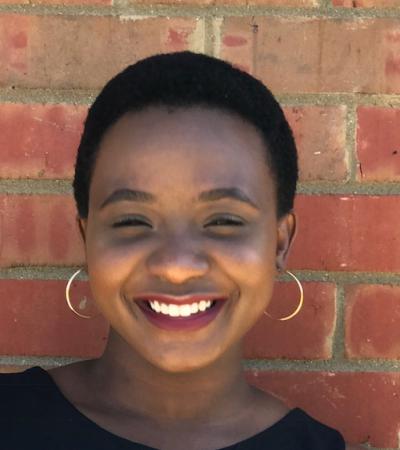