Title of Presentation: "The Semiotics of Material Objects within the Performativity of Political Discourse: The ‘Coffin Revolution’ of the Anglophone Crisis in Cameroon” 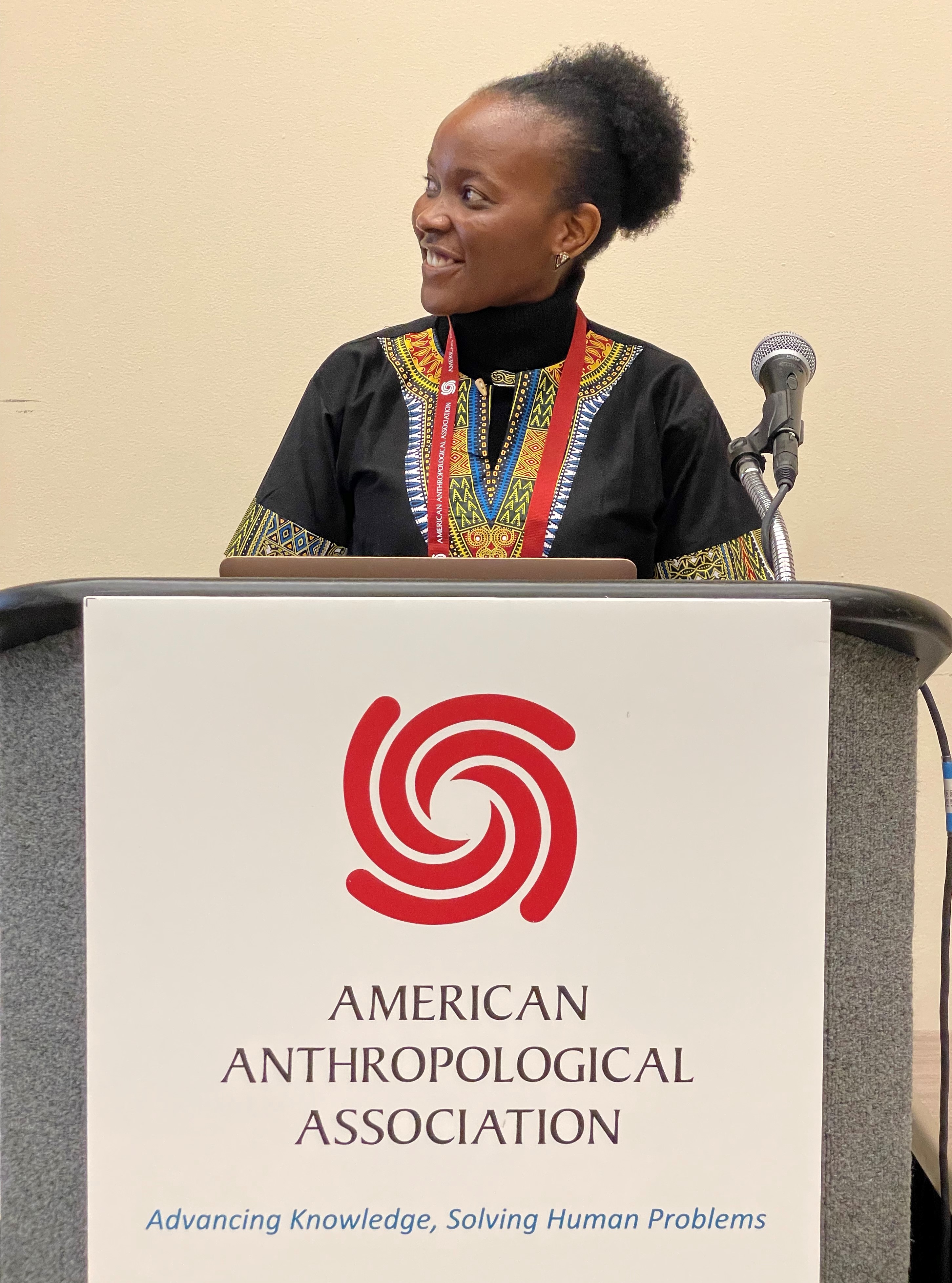 The 120th Annual conference of the AAA (November 17–21 2021) adopted a hybrid format this year. Out of the more than 4,400 registrants, 1,800 attended the 335 in-person sessions held at the Baltimore Convention Center and Hilton Baltimore Inner Harbor Hotel in Baltimore, Maryland, and the rest attended the 282 online sessions. The theme was Truth and Responsibility, because, as explained by the AAA conference website, “if this past year has shown us anything it’s that, as anthropologists, we have a responsibility to pursue truth, even if its uncomfortable, unfashionable, or inconvenient.” Sponsored by the Kellogg Institute for International Studies, I presented my accepted paper at one of the in-person sessions. The session, titled Semiotic Matters: Materiality, Technologies, and Discourse, took place at the Baltimore Convention center on Sunday November 21, 2021, from 10:15 AM – 12:00 PM. At this hybrid session I was both the chair and one of the three presenters. The other two were a PhD student in Linguistics at the University of California, and a Professor of Linguistic Anthropology at Rutgers university, New Jersey (who presented via zoom).

My presentation, The Semiotics of Material Objects within the Performativity of Political Discourse: The ‘Coffin Revolution’ of the Anglophone Crisis in Cameroon, addressed the question of voice and representation within areas of armed conflict. Using multimodal semiotics, I analyzed how signs and sociocultural understandings were harnessed by Mancho Bibixy, an Anglophone (English-speaking) Cameroonian, to protest the perceived holistic marginalization, inequality, and exclusion of the Anglophone minority group within the nation-state of Cameroon. I also discussed how Bibixy’s political rhetoric, later dubbed the ‘Coffin Revolution’ presented a means of nonviolent activism in a landscape of fear and repression and pointed to the vital role of communication in political participation and notions of selfhood and identity. Concerning next steps, as encouraged by feedback and suggestions from my co-presenters and some audience members, I am hoping to transform my presentation into a paper/article and then submit it to a peer-reviewed journal, hopefully, The Journal of Linguistic Anthropology or Social Semiotics.

Furthermore, during the conference, I attended several other sessions like Applied & Collaborative Multimodal Visual Anthropology, and Politics & Identity through Visual Media, where I participated in engaging, thought-provoking, and rewarding discussions especially regarding the role of media in issues linked to identity, politics, equality, and wellbeing in intercultural societies. I also got recommendations about possible literature to further engage with, and conferences to participate in from the contacts I made. Likewise, I networked and exchanged contacts with scholars especially in the fields of communication and media; armed conflict; and migration and asylum-seeking/ refugeeism, e.g., a scholar who additionally leads and NGO concerned with the realities of women in war torn regions, and another scholar interested in language use in contexts of migration and asylum seeking, especially concerning issues of asylum seeker credibility at intersections of public policy, narrative performance, and entextualization and speech perception. These are areas of particular interest to my plans for my long-term dissertation which will focus on media use among voluntary and involuntary (refugee/asylum seeker) migrant women as they relate to/ engage with armed conflict and adapt to new spaces.

I wish to end this brief report by once again extending my gratitude to the Kellogg Institute for the funding which facilitated my participation, visibility, and networking in the 2021 AAA conference. I learned so much, got references, networked, established new relationships whom I hope to keep interacting with, and started planning regarding not just the presentation but my broader research interests. It was a very productive conference and I think I made the best of it. 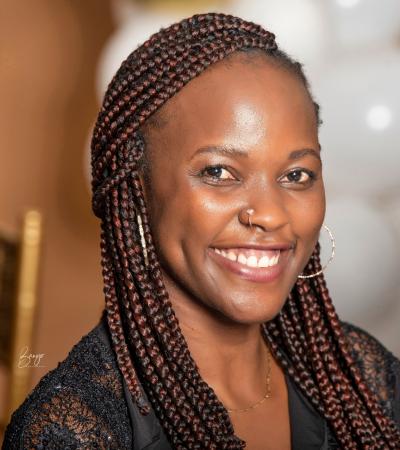