Panel B: Breaking Traditions: Novel Improvements in the Educational System

Education remains one of the most important factors in sustainable development. While the world has surged forward behind numerous advancements in every field, many would argue traditional education has lagged behind. These panelists address novel improvements in the educational system that show great promise for the ways in which we will teach future generations.

Conscious or Unconscious: The Role of Education in the Creation of Social and Collective Consciousness in Chilean Youth

Abstract: Although Augusto Pinochet’s dictatorship ended more than 20 years ago, its lasting effects of neoliberalism are present in Chile’s current education system. The open access of schools’ performance on standardized exams such as the SIMCE and PSU has fermented class-based stratification of the public education system. Its emphasis on standardized testing based on affluent, western standards has led to an over-saturated national curriculum that limits teacher’s autonomy in the classroom and discourages social awareness of local, national and international issues. However, in the last decades there has been a resurgence in student mobilizations with student led marches and strikes as exemplified by 2006 Penguin Revolution and current day movements to end to sexist education. In May 2018, an ethnographic qualitative approach was employed to investigate the role that education has in the creation of a social and collective consciousness that pushes students mobilize. This consisted of observations of history classes and interviews with 9 students and 3 teachers at Santiago’s emblematic high schools and a Valparaiso technical high school all of which standout for their leadership roles in past student mobilizations and an increased socioeconomic diversity. Overall, students recognize that Chilean schools fails to create critical, active social agents. However, these students demonstrate high levels of social consciousness that emerges from their experience within their respective schools. The findings point to the importance of socioeconomic diversity, teaching in the present by contextualizing information to students’ lived experiences and environments, and of institutional culture as catalyst for social and collective consciousness. 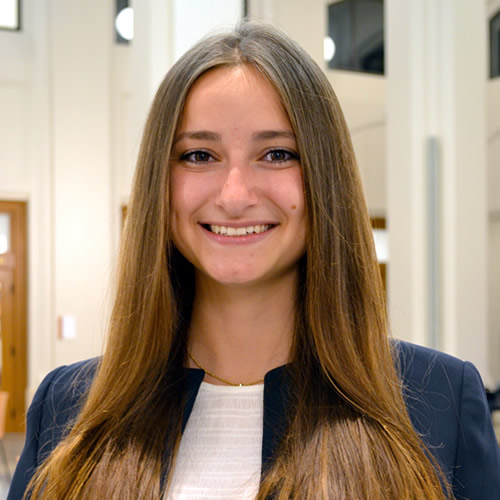 Abstract: Since the founding of Teach for America in 1989, similar organizations targeting high achieving college students to serve a finite commitment in underprivileged schools have appeared around the globe. These organizations aim to increase student academic achievement and create educational leaders for the future. In Chile, the organization Enseña Chile was established in 2007 and has 620 current and past professors and has impacted the lives of over 98,000 students. With mixed literature on the effect on students and participants, little is known about Enseña Chile’s specific impact on the alumni themselves. This research explores the impact of the Enseña Chile program on the expected career trajectories and outlook on the poor. Using a qualitative analysis of 29 interviews and 19 surveys, the Chilean program implies a significant increase in the likelihood of continuing a career in education outside of the classroom as well as reporting personally significant experiences with disadvantaged communities in Chile. Participants were not, however, more likely to stay in the classroom, as “non-matriculates” were more likely to be teachers. The findings suggest a need to better understand the impact of Enseña Chile on alumni more than 2 years out as well as better understanding the impact on academic achievement, and how a program with a differentiated focus (i.e. religious or cultural) could differentially impact participants.

Bio: Madeline is a senior majoring in Economics and Spanish, with minors in International Development Studies and German. She is from Overland Park, Kansas, but has studied abroad in Berlin, Germany and Santiago, Chile and worked with the social business Social Entrepreneur Corps in Quetzaltenango (“Xela”), Guatemala. Through interacting with migrant communities in Berlin and consulting for educational nonprofits in Xela, Madeline saw how education is an incredible tool for empowerment, particularly for disadvantaged groups, fostering her interest in access to education and teacher quality. Madeline has enjoyed the Human Development Conference as a participant and marketing co-chair and is excited to better understand how empathy is crucial to development. 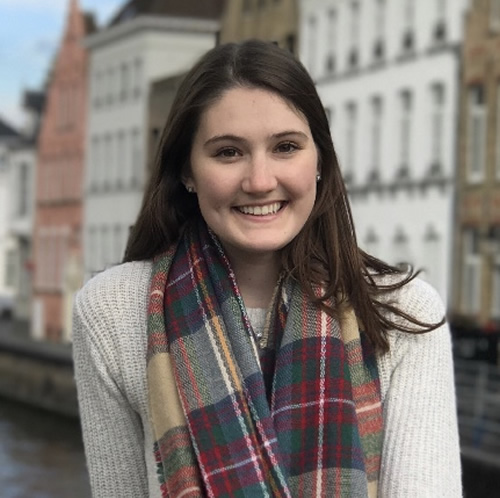 Abstract: Only 49% of students in Haiti can read a single word in Creole by the end of third grade (RTI International, 2012). The ministry of education often relies on international partners to fund and monitor projects to improve literacy. However, programs that increase early grade reading skills that have been implemented by the World Bank and RTI International have largely failed in the Haitian context (Abadzi, 2011). In recent years, the Alliance for Catholic Education, partnered with Catholic Relief Services and the national office of Haitian Catholic schools, have succeeded in improving early grade reading skills where other projects using the same curriculum had failed (D’Agostino, 2017). A case study of the partnership was conducted in order to better understand how the organization and dynamics of the partnership affect its efficacy in improving literacy in a sustainable fashion. In-depth interviews with two leaders at each of the three organizations (six total) were conducted and informed by the symbolic framework, a perspective in organizational theory which understands leaders as shaping a distinct culture with certain values among its members. Interviews revealed a high level of alignment in mission, values, and goals of the three partners, as well as a commitment to a long-term relationship characterized by respect and equality. This study provides a rich understanding of a sustainable partnership with apparent success in improving literacy in the Haitian context, providing a model for expansion of the literacy program throughout Haiti and for development strategies more generally.

Bio: Caroline is a senior neuroscience major living in Farley Hall. On campus, she is involved in SAINTS Tutoring and Best Buddies. Caroline’s research focuses on international education partnerships.