Is Central Banking in the CFA Zone Working? A Case Study of the Economic Implications for Senegal 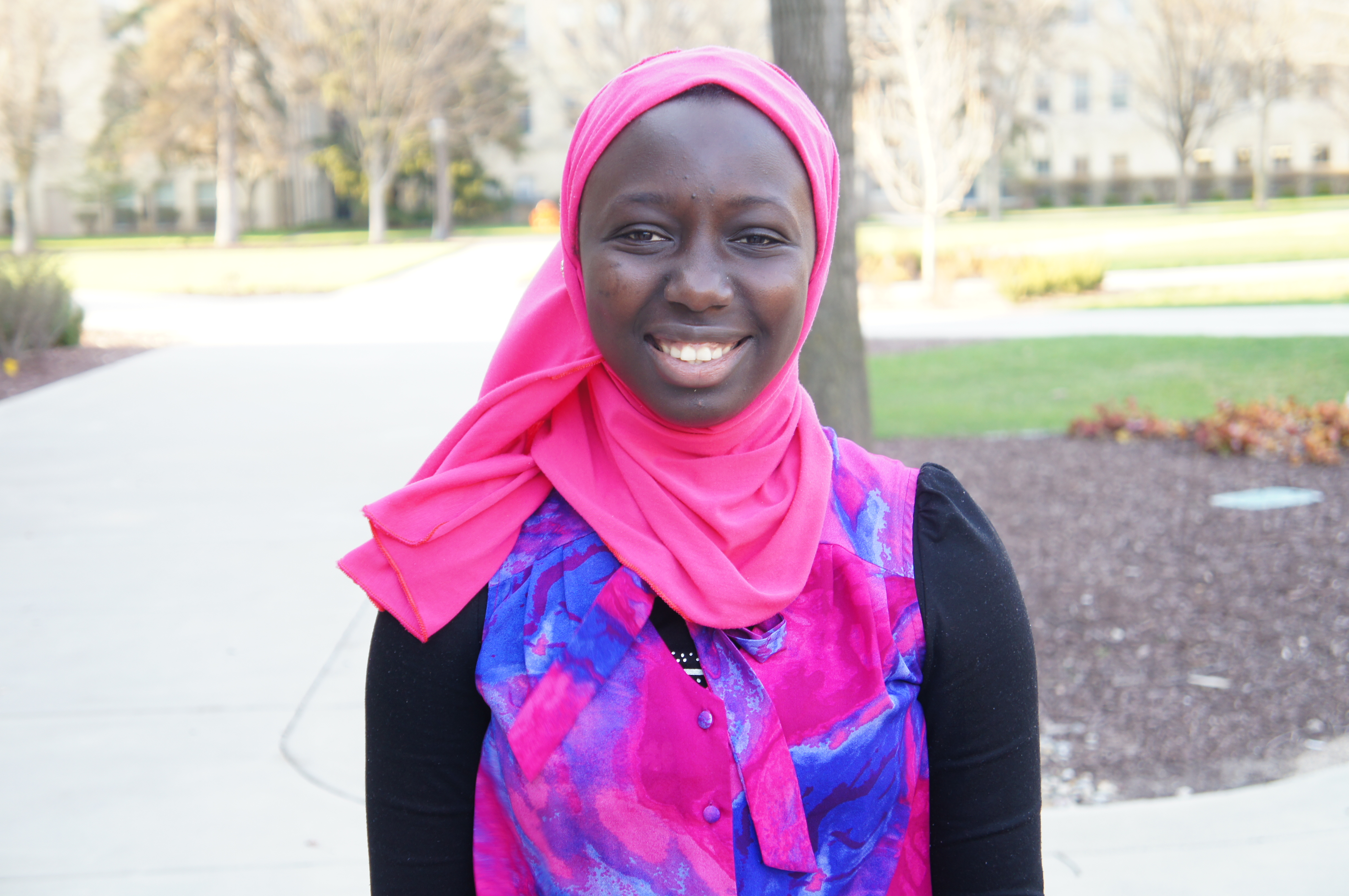 My proposed research project was to examine the effectiveness of the ‘Banque Centrale des Etats de l’Afrique de l’Ouest’ (BCEAO), the central bank of eight nation states in West Africa, in conducting monetary policy independently, through the lenses of the recent debt crisis in Europe in 2009. In particular, I was investigating how much the West African countries were impacted by the Euro debt crisis as a result of the fixed exchange rate between the CFA franc and the Euro, and to what extent the BCEAO could mitigate negative consequences by conducting its own monetary policy, taking Senegal as a case study. The methodological approach of the proposed question entailed a narrative assessment and a quantitative analysis. As such, the aim of the field research I conducted in Senegal this summer was to collect data on the macroeconomic variables from the central bank, interview the monetary policy committee of the central bank on the conduct of their policies, and interview commercial banks to document their perceptions of the BCEAO and their response to the crisis. As planned, I interviewed five commercial banks and got valuable information from them. However, I did not have access to the central bank as I hoped, because of unforeseen challenges arising from their reluctance to share information with the public. Overall, the field research was a good experience, as I got to better understand the issues within the banking and monetary system of my country, and despite the many challenges I faced, I could overcome the limitations and find other sources of information beyond my initial ones.

As stated above, I interviewed five commercial banks, and they were of different types: a microfinance firm, a mortgage bank, an international one, a pan-African one, and an entrepreneurship bank for small and medium sized enterprises (SMEs). After getting information on the organization of their institutions in order to understand the work they do, I asked them questions about the impact the euro debt crisis had on their business, the measures they took, and the changes they had to make; and also about the actions of the BCEAO at that time and their perceptions of BCEAO policies. None of the banks were directly affected by the crisis. They all had enough funds and kept the same interest rates which were otherwise affected by other factors, such as competition. However, one way the crisis had indirectly affected them was the strict measures that the BCEAO took during and after the crisis, in order to minimize risks and protect lenders. Indeed, the BCEAO adopted the Basel norms II and III, that set minimum capital requirements to ensure that commercial banks have enough funds to repay debts. Consequently, the banks have become more reluctant to lend, more risk averse and assess every loan much more carefully. They also increased their deposits to the BCEAO. These norms are the only policies that the BCEAO enacted during the crisis. There was no big change in monetary policy that affected the banking system, other than the extra precautions they took to control the risk. The interviews with the commercial banks mainly revealed that the debt crisis in Europe had no major direct impact in the financial market of Senegal, but has led to a stricter and more conservative central bank that restrains the commercial banks on their credit activities with its regulations and norms.

The commercial banks I interviewed have a rather optimistic view of the BCEAO. They claimed that the BCEAO can indeed influence the interest rates they set through its policy rate, which is their main reference in setting their individual interest rates. Besides the policy rate, competition is also a main factor that affects the interest rates commercial banks set, as they all tend to decrease their interest rates due to increased competition in the banking sector in Senegal. Moreover, the BCEAO has imposed free deliverance of some banking services, in order to incite people to use bank services. That represents a challenge for the commercial banks as it cuts their profit margins and makes them more fragile, but it is a way for the BCEAO to combat the low number of people who use banking, which is a main obstacle to its efficiency.

The BCEAO, whose main objective is to maintain price stability in the CFA zone, uses two main instruments to conduct monetary policy: interest rates and bank reserves. They have a special committee, the ‘Comité de Politique Monétaire’ or CPM (French for ‘Monetary Policy Committee’), that defines and implements the monetary policy. They believe that the peg of the CFA to the Euro affects in no way their monetary policy, as they impose a limited capital mobility. Indeed, according to the “trilemma” in international macroeconomics, a country with a fixed exchange rate can benefit from autonomous monetary policy if and only if it has limited capital mobility. As such, the BCEAO believes they have an autonomy in conducting monetary policy and can use their instruments to achieve their objective of price stability. The conjuncture in the euro zone is taken into consideration when analyzing the economic circumstances and their repercussions on the economies of the states in the CFA zone, although the monetary policy of the European Central Bank (ECB) is not considered by the CPM when conducting monetary policy. As stated by the commercial banks I interviewed, the BCEAO also confirmed that the euro debt crisis did not affect the inflation rate, the economic growth, or the budget balance of its member countries. They go further and state that this tiny incidence of the crisis in the CFA zone is due to the rigorous management of monetary policy and to the financial regulations within the zone. Not only did the crisis not have a negative impact on the countries in the CFA zone, but it also enhanced regulation and supervision policies. Indeed, a ‘Comité de Stabilité Financière’ (French for ‘Financial Stability Committee’) was created in 2010 to coordinate actions related to the financial stability in the zone. Moreover, a ‘Fonds de Stabilité Financière’ (Financial Stability Fund), an organ which intervenes when a member state fails to respect the financial commitments regionally or internationally, was created in 2012. Globally, the BCEAO claims to have autonomy in controlling the stability of prices in the nations states of the CFA zone, and has adopted and implemented various rules and regulations in order to prevent and mitigate the repercussions of the euro debt crisis in the economies of its member countries.

Beyond the commercial banks and the central bank, I talked to a few economists working in the public sector to get their insights and guidance on the topic. One particular person who helped me was Bamba Diop, the director of the ‘Directorate of Planning and Economic Policies’ within the Ministry of Finance. He showed me a database online that documents data on various aspects of the economies in the CFA zone, and sent me a few articles on the BCEAO, their monetary policies, and the problematic of the fixed exchange rate. These articles are of great help as they set the stage for the problematic and give me a broader idea of the current state of the financial sector in the CFA zone, in addition to the literature I have already reviewed.

My tentative quantitative approach was to conduct an event study, which consists of analyzing how the policies of the BCEAO and the ECB affected the different macroeconomic indicators, such as inflation and interest rates, on a specific small (1 day) window, in order to exclude the other factors that could also affect them. However, looking at the data on the policy rates and inflation rates since 2009, there has not been that much change. That is a possible challenge to the event study, as the data would not reveal any significant effect. Currently, I am working closely with my advisor, Professor Christiane Baumeister, to find an alternative question based on the narrative evidence I collected this summer and the data available. This research project will be presented as my senior thesis next semester, and I will keep working with my advisor throughout the year to produce a comprehensive paper. 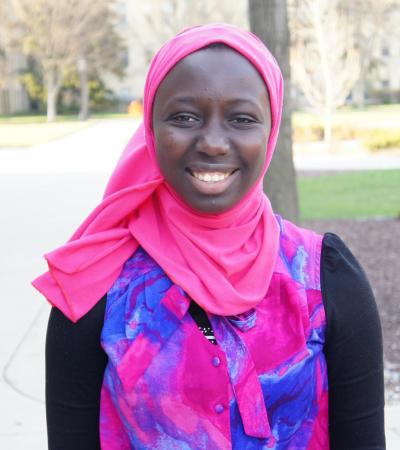