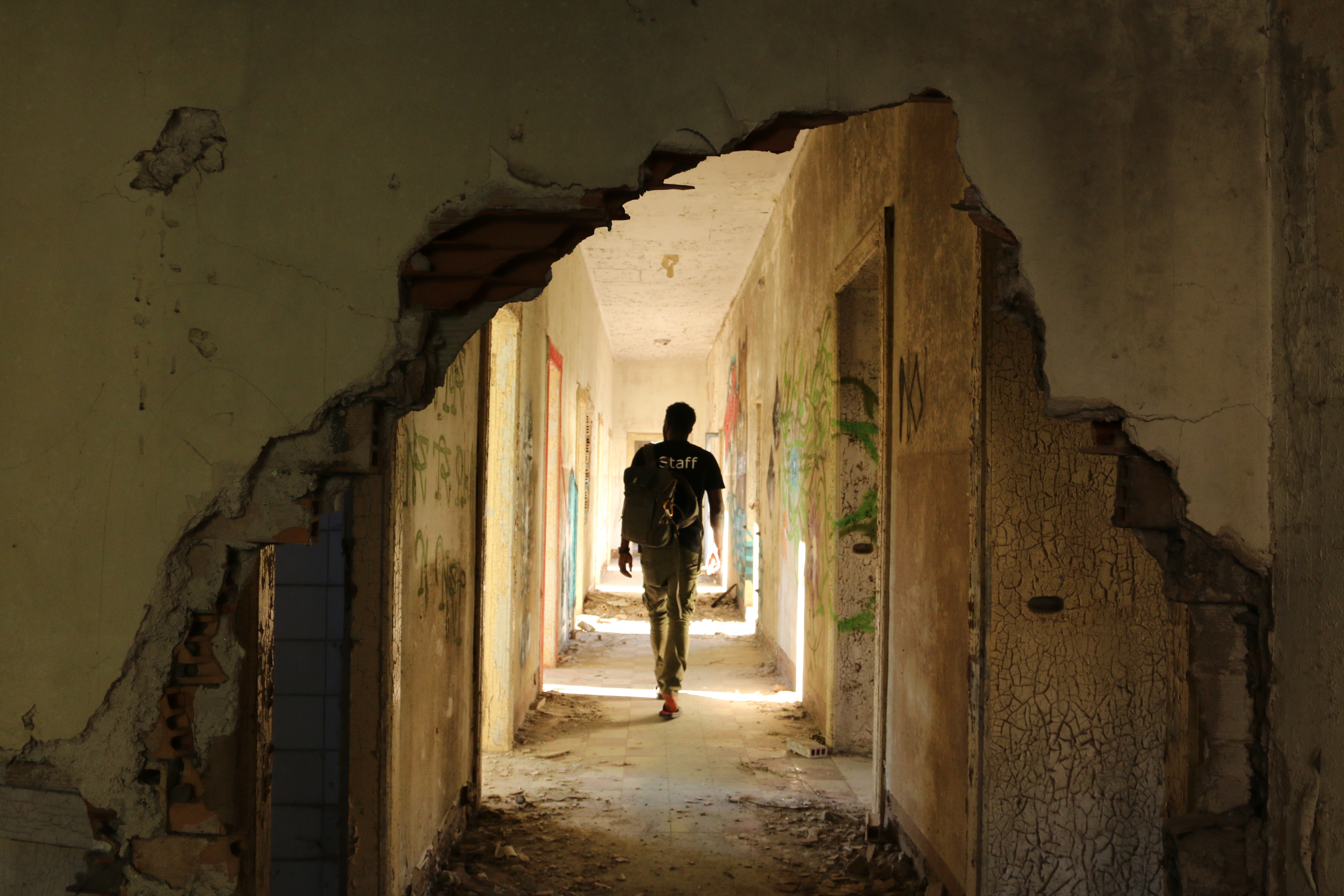 Created in 2001, Italy’s Systems of Protection for Asylum Seekers and Refugees (SPRAR) are increasingly growing in presence, hosting over 34,000 asylum seekers in the past year alone through 768 projects in nearly six hundred Italian towns. As the SPRAR network increases in response to an ever-present need, understanding the dynamics between citizens and refugees in towns with a SPRAR project becomes crucial to ensuring and understanding its goal—the integration of asylum seekers and refugees into Italy. Understanding the problems of diverse small towns, regions, and their citizens, the difficulties for refugees and the unique dynamics of SPRAR projects sheds a necessary light on a crucial intersection of space, persons and place occurring across Italy today. Researching six small towns (Torre Pellice, Dicomano, Bassano Romano, Atina, Bisaccia, and Realmonte) with a population category of 3.000 to 5.000 (where 34% of SPRAR projects exist), and their SPRARs, spread across five Italian regions (Piedmont, Tuscany, Lazio, Campania and Sicily) while taking into account the point of view of local citizens, key community figures, and refugees/asylum seekers (SPRAR beneficiaries) through electronic surveys, ethnographic experience, and interviews in French, English and Italian, allowed me to not only address the overlooked, subtle dynamics of small towns in integration, but approach qualitatively and quantitatively the meaning, reality, and perception of integration for multiple populations living in the same space.

The data I collected consists of nearly 1000 pictures, 160 twenty-question survey responses from citizens (dealing with occupational/personal statistics, and perception of local dynamics and integration), 81 forty question survey responses from SPRAR beneficiaries (dealing with personal statistics and integration benchmarks, perceived and actual), nearly 100 hours of interviews with beneficiaries, SPRAR team members, local administrations, local figures, and field notes from my ethnographic experience on integration dynamics. Given the sheer size of the data I am still just beginning the process of analysis and transcription. So much has arisen from my two and a half month experience living in each of the towns, befriending beneficiaries and locals, cooking with them, journeying with them, witnessing daily interactions and immersing myself into the lives of distinct local populations. Integration does not have a formula, nor are there perfect approaches or distinct variables to achieve it across diverse territories. The Italian towns and their SPRARs in the wealthier and developed North generally exhibited higher project professionalism and activation of work-internships for beneficiaries, but local citizens tended to be less receptive to integration and exhibited less interaction with beneficiaries. In the economically poorer and underdeveloped towns in the ‘mezzogiorno’ regions, and Sicily, project quality and opportunity for beneficiaries tended to be lacking, but informal employment was strong and locals interacted more with beneficiaries. Witnessing the citizens of Realmonte, Sicily, parade the figure of their local historical Saint Calogero, an African saint, through the town’s streets proved just how distinct and multifaceted integration dynamics across Italian regions could be. Religion also became a complex reality. In the context of a small town where the local pastor plays a key role, support of Pope Francis’ encyclicals embracing refugees tended to be left open to local priests’ personal interpretations. Inside each of the six towns there weren’t simply two populations: locals and beneficiaries. Rather, locals living in the ‘new’ part of town and those in the historical center (economic division), previous immigrants such as Albanians and Romanians, and finally beneficiaries—creating intricate dynamics for integration. What arose as one of the most interesting findings was that the most ‘successful’ individuals I encountered in both contexts of difficulty (unemployment and isolation for locals and all the difficulties of integration for refugees and asylum seekers in the towns) were the individuals who were most ‘cosmopolitan’—from Italians who had left Italy to work in other countries in the EU, or Italians who’s career revolved around cosmopolitanism, to refugees who spoke seven languages and did not exhibit a restrictive longing for either their home countries, Italy, or what the future would hold in store.

The quantity of economic benefit and local employment SPRAR projects in small towns created was also unique. From fifteen stipends to manage thirty refugees in a small town, it is easy to see why in the region of Frosinone more jobs have been created for Italians in the migration/hospitality sector than by Fiat’s largest factory located in the region. An increasing lack of quality control for SPRARs as they increase in presence was also witnessed, including funding delays reaching up to 7 months for projects. The importance of building a life while awaiting the outcome of asylums requests also arose as fundamental for beneficiaries, leading to a gradual integration, possible employment, and acquired knowledge of Italian culture and language, or years spent inside the confines of an apartment as responses from prefectures took 3-4 years in most cases. Quantitatively, locals perceived refugees as integrated into their towns as they perceived their local administrations to be good. In each town perceived and reported integration varied distinctly, but the three most present realities were Torre Pellice (Piedmont), which had the most professional/experienced SPRAR, and the lowest unemployment, Bisaccia ‘The Kind’ (Campania), where there was an equally professional SPRAR but the town’s local culture was historically built on welcoming, and Realmonte (Sicily) which had the highest unemployment rate but was culturally closest to its beneficiaries. Given time and space constraints I can only write a fraction of the witnessed dynamics, not touching upon employment dynamics and perceptions of Libya, nor the characteristics from the data points of the 81 beneficiaries and 160 citizens surveyed.

The lives I was able to encounter in select beneficiaries and locals were tremendously rewarding. I will never forget the day that a six-foot something thirty-four year old who had been living nearly two years in a local SPRAR told me with tears in his eyes that I was the first person who simply asked him ‘how he was doing’ in eight months. Having the possibility to bring acknowledgment to human beings, for however brief of a second, was a truly humbling and rewarding experience. Listening to, and sharing my experiences and viewpoints with curious local mayors, frustrated students, unemployed workers and asylum seekers left me profoundly richer. I also faced challenges. My expectations for data collection pre-research were high, not knowing how challenging it would be to survey locals or how much time one needs to gain a beneficiary’s trust. Many SPRARs also had fewer beneficiaries present than their reported capacities, limiting my population pool. Inserting myself into so many distinct populations living in the same space, given a short amount of time for adjustment, was challenging. A 10-12 day window per town did not lend much room for easing-in. Furthermore, noncompliance and simply finding locals to survey in such small towns was often the most frustrating aspect of the research. In contrast, noncompliance by beneficiaries was rare, and communication was far more attainable than expected—I was able to befriend deeply multiple beneficiaries in each town. Managing diverse stories, and becoming the metaphorical shoulder to cry on for locals and beneficiaries was also emotionally taxing. Managing relationships and my persona in truth to multiple ‘populations’ (‘historical’ and ‘new’ locals, SPRAR team, and the beneficiaries) in each town required constant effort and awareness, particularly with the associations who managed the projects, where I often had to navigate façades.

With my findings, which I will share with academics, the local administrations and associations researched, and the SPRAR Central Service, I intend to paint a much-needed picture for understanding migratory dynamics that are neither sensational nor divisive, but deeply rooted and naturally supported in bilateral interests, unlike what today’s charged political climates would lead us to believe. Living in each small, isolated town, I often heard French, German or English spoken in the streets. Not from tourists, but local Italians who emigrated outside of Italy for economic opportunities after WWII. Speaking to unemployed local architects and accountants who found employment as language teachers and coordinators for their town’s SPRAR helps one further realize the interests that support a system. Meeting a beneficiary who goes to church every day and toils illegally each morning for 5 euros an hour, or a Muslim Egyptian fruit-vendor who keeps a rosary by his cash register, what the reality of migration and integration means for small towns in Italy with a SPRAR is found in the subtle, everyday dynamics of life. My research and experience this summer has also prompted me to apply for a Fulbright grant in Italy, and establish collaboration with the University of Milano Bicocca, The University of Cassino, Cittalia, and the SPRAR Central Service under Italy’s Ministry of The Interior to potentially continue researching integration in Italy and the SPRAR program post-graduation. 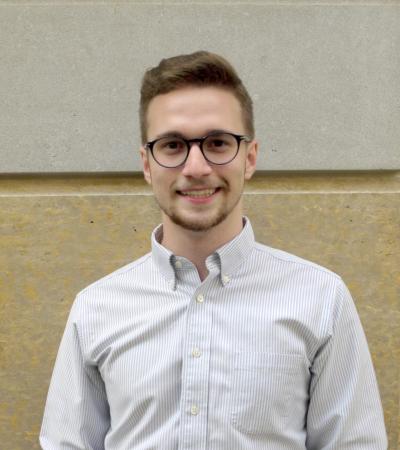