Reactions of the Working Sector to the Colombian Peace Treaty 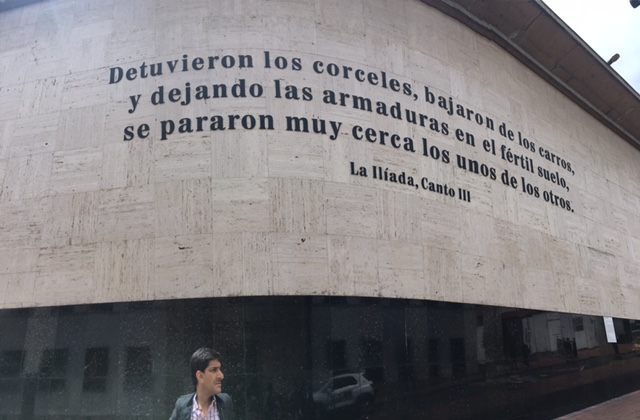 Starting my research, I knew I would be facing challenges. One of the challenges I encountered was the fact that there is so much information relevant to Colombia’s peace treaty and the field of conflict resolution that it was impossible to know every single important and relevant detail. This meant that there were times when people alluded to or mentioned events and facts, with the intention of making a point, that I was not quite aware of or did not know the in-depth details, thus missing the point behind them. For example, there was a frequent allusion to a massive reintegration and demobilization process that Colombia underwent around the year 2010. Even though I knew the most basic facts about it, I was not an expert on the topic, and thus was confused or did not quite understand the relevance to my research nor why such allusion was being made. In the end, this difficulty just proved that the field I was doing research on is very complex and extensive, with a lot of readings and facts left to learn about. As a matter of fact, many of my interviewees finished our meeting by recommending readings or events that I should look into, that they believed would be important for my research. Another one of my challenges, which I would say was the biggest challenge encountered, was the fact that I was conducting research on a current topic, which was developing along my investigation. In other words, this meant that there were, and still are, many holes and empty spaces in the peace treaty and its organization. This, of course, left me with no concrete answers to specific questions made by some of my interviewees. For example, many of my interviewees wanted to know what was the exact government’s plan on reintegration. However, even as of right now, the government has not come up with a specific plan, as they are making new arrangements and decisions on how to tackle the problem every day. Therefore, whenever I faced this question, I had no concrete answer but rather had to come up with a hypothetical case, such as: “even though nothing has been said or decided yet on how reintegration will happen, what would you do in the case of the government dictating a law that makes it mandatory to hire ex-guerrilla members?” Another difficulty I faced, was the occurrence of a terrorist attack during my time in Colombia.  I was lucky enough not to be in the mall during the attack but I still had to deal with the aftermath where Colombia’s atmosphere tensed, not only in a political spectrum, but also at a personal level. Not only were my parents and I uncomfortable with the idea of remaining in Colombia, but people where also afraid to go out and meet up in public spaces. Therefore, I did what I thought was the best, which meant going back home to Ecuador and using that week for background research and online/skype interviews.

I accomplished a lot of things during my research. When doing my grant proposal and planning my research, I had decided I would be interviewing a total of 16 people. I ended up interviewing more than twice that with 34 people on my list. This is a lot taking into account how sensitive and confidential the topic is. To my surprise, people were really open and interested in talking about my research question, as it is a reality they are facing. Being so open to discussion, and so interested in the topic led many of my interviewees to put me into contact with someone else whom they thought would be interesting to hear from. In other words, there was a snowball effect where one person recommended someone else, and then someone else, and so on. On that same note, many of my interviewees were open enough to share with me many of their personal stories and opinions, giving me a deeper insight on the subject. In other words, I was able to achieve good relationship with my interviewees to the point that they would trust me with personal opinions relevant to my topic. Another one of my accomplishments was that I was able to get a larger spectrum of people than what I had expected. I began my research thinking I would only be talking to the industrial sector, the banking sector and the agricultural sector. Nevertheless, I ended up talking to seasonal companies, a trade-union, taxi drivers, a banana industry, a construction firm, and hotels. Having such a broad spectrum of opinions, and sectors to talk to really made my research more interesting and more complete. As a matter of fact, during my research, I decided to change my focus from the banking sector to the tourism sector (hotels).  This decision was based on the continuous mention of ex-guerrilla members being interested in service and tourism jobs. Another accomplishment was that I was able to get the perspective from an individual that had actually fought against FARC during his involvement with the army. This was obviously a huge plus for my research. Interestingly, this meeting was not planned, but was rather a conversation between my taxi driver and I. On the same note, I was also able to go to Medellin, the city where the current government’s opposition lives, interviewing businessmen from around the area to see if there was any difference in their response, compared to those in Bogota.

My research focused on studying the different reactions of economic sectors in Colombia to the idea of hiring ex-guerrilla members. I was able to gather a lot of data. As mentioned above, I had planned on interviewing around 16 people, ending up with more than double. Most, if not all, of my data is qualitative as it comes from interviews and readings. Interestingly enough, some of the answers in the interviews are very feelings-oriented, where employers directly addressed how they felt about the peace treaty, the armed conflict and even about Colombia’s current president, President Santos. Nonetheless, there were also more technical answers, which included the mentioning of mechanisms that should be implemented by the government in order to facilitate the reintegration process. Some of these mechanisms were focused on the development of Colombia’s rural area, as well as the dictation of a law regarding the hiring of ex-guerrilla members, the implementation of security check-ups and the requirement of training courses for former insurgents. Based on what I have so far analyzed about my data, I could say that results vary a lot from person to person. Very few businessmen seem to be completely open to the idea of hiring ex-guerrilla members. On the other hand, there seems to be a number of businessmen that have taken the stand of not hiring FARC rebels at all. Some of them even mentioned how they prefer paying a stipend to the government instead of having the ex-guerrilla work at their firm. Finally, it seems that most people are willing to hire former rebels, as long as certain requirements are meet both by the government and the rebels. Some of these requirements include the completion of a training program and a psychological test by the former rebel, and a commitment from the government to help companies if faced with security issues arising from these people, or even an exemption from taxes. Moreover, in relation to a possible difference between Medellin and Colombia, due to Medellin’s close proximity to the opposition, this proximity seems to be an unimportant factor in how businessmen think about reintegration, but an important factor in how much they trust the peace treaty in general. Another important finding is a shared-feeling of a lack of communication between the people and the government on how the reintegration process will develop. As a matter of fact, most companies mentioned how this lack of communication and organization from the government, is what makes them very uneasy with the reintegration process. Many firms also mentioned how they are not worried about the number of ex-insurgents (about 8000) expecting to be reintegrated into society, believing this is a very small portion of Colombia’s population and capacity: in other words, the number is not the problem, but rather the method. Many companies also shared the belief that it is very important that the government focuses on developing the countryside, in order to avoid a mass demobilization from former rebels into the city, and give them the opportunity to develop their lives in the rural areas of the country.

There are many things I wish to accomplish with this research. I am planning on sharing this research with the Kroc Institute, as a recommendation from my advisor, Prof. David Cortright. I therefore hope to be a good source of information for the Kroc Institute, and more specifically the Barometer project, on the public’s perception of the peace treaty. With this in mind, I wish to provide good recommendations on how to approach the implementation of such treaty, regarding the integration of ex guerrilla members into the working force. Moreover, as a student who is aspiring to get a job in the social/public field that focuses on the solving of social issues, I hope that this research will open doors for my future career. As a matter of fact, many of the Colombian businessmen with whom I spoke, have expressed their interest in my research and have kindly provided me their contact information for future involvement with them. Also, I must mention that this research has already helped me get a job this semester. I will be working for the Kroc Institute on projects related to the Colombian peace treaty. Moving away from academics and job related interests, I also hope this research has a positive impact on my interviewees. Even though I know this research by no means will change and guide the Colombian peace treaty and its development, I still hope it was strong enough to impact my interviewees, by raising their awareness on the reintegration issue, leaving them to think what their role really is in the construction of peace. 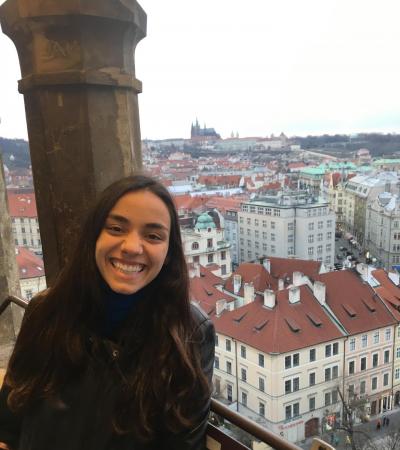