Understanding the Impacts of Electrification and its Integration: A Study of Rural Electricity in Nepal 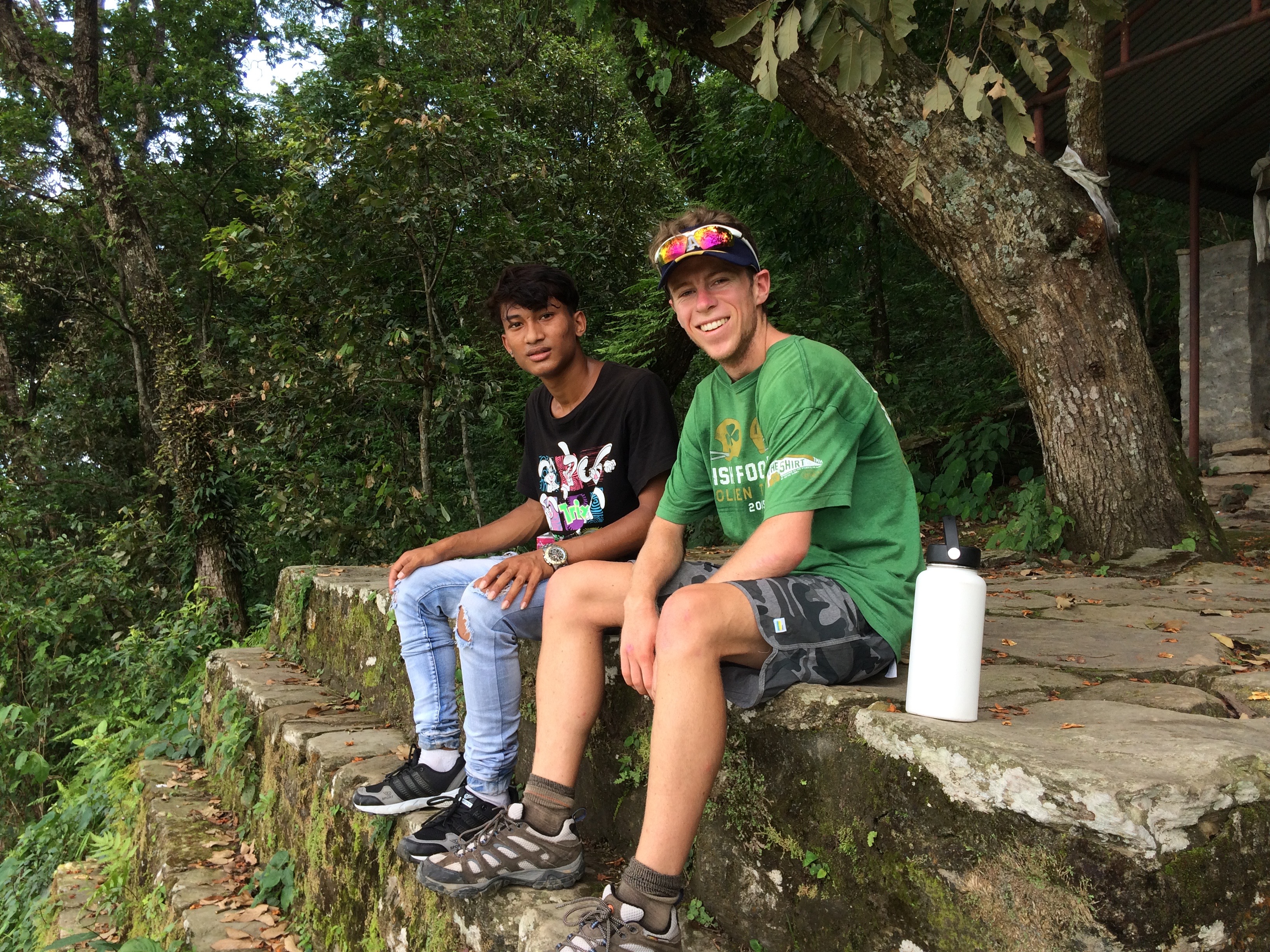 This past summer I was fortunate enough to travel to Pokhara, Nepal to execute a research program that I designed with the help of Dr. Alexandros Taflanidis (Dr. T). My study, which lasted about eight weeks, initially aimed to understand the effects of rural electrification but upon arrival I realized that the issue was too large for an eight-week study and shifted ideas. After living in Pokhara for only about three days I observed the unique waste practices and the enormous amount of urban agriculture going on. It seemed that one pocket of the city burned their trash, but the further away from that pocket you got the cleaner the streets got and the less trash you saw. In addition there were more rooftop gardens and entire lots dedicated to growing things. These observations caused me to explore the connection between urbanization, waste management and urban agriculture. Past studies have expressed that migration from rural farming villages to more urban areas in Nepal has made the country more reliant on India for their food supply. In working to continue and build off such studies my research was focused on quantifying urban agriculture and how it has influenced the resiliency of the country. I focused my study in five of the 33 wards and achieved a representative sample size of 85 interviewees. I hypothesized that there was something similar to a brain drain from the villages to the metropolitan areas and that this led people to creatively find new food sources to support themselves. I predicted that this would lead cities to become more resilient through increased food security but thought that it would lead to poor waste management. In order to test my hypothesis, I conducted semi-formal interviews, which lasted anywhere from ten to fifty minutes. These interviews were paired with other surveys of land designated for farming use and religious surveys to determine that my hypothesis was in fact totally incorrect.

With this experience being my first with international research I was not sure what to expect and what to do. I felt prepared by working with Dr. Taflanidis but was worried about things like the food, language barrier and attitude of the people. I was also confident that I would be able to adapt. However, upon arrival I realized my overconfidence and became slightly worried that the language barrier, lack of street names and sheer fact that I was in a developing country would be too much. I met two people early on, however, that helped me ease into life in Nepal and that gave me the courage to continue with my project. When working on narrowing the focus of my project and determining if waste management was a part of what I was interested in I reached out to Santosh Poudel, the founder of a waste management company. He was extremely open and excited that someone had come from the US to research his country because he had been to the US in the past to do research there. I also met my translator Dipoc. Dipoc was my guide any time I went to more rural areas and helped me translate when I was distributing questionnaires. In my second week Dipoc and I followed a typical trekking route through the villages in Annapurna Sanctuary to get an idea for village life and the reasons for urbanization. This week was vital for my experience moving forward because I was able to understand the increased reliance on India. Everyone I spoke with shared a similar story; either the person was elderly and lived on his land with no help to do the farming or the person was young and working in the tourism industry as a host for trekkers. So many children that get educated in these smaller villages want to use that education and leave behind the life of farming that their parents worked so hard at for years. Many students ran down the mountain at the first chance they got and many of those who were not educated stayed put but took jobs as guesthouse workers on trekking routes. This was a way of staying close to the village life they enjoyed while having a job that paid fairly well. In the last decade this has led to an aging population working and farming in villages, which has forced the country to become more reliant on India for food.

In returning to urban Pokhara I was able to spend the next six weeks at Hope House, a halfway house for children in the area. One of the eldest, Rajesh, took an interest in my project and often accompanied me whenever I needed help getting somewhere or when I interviewed people. And so for those six weeks I would wake up at about 5am and go on a morning walk with any of the kids who might want to join (we walked so early because any later and it would be too hot for exercise). Upon arrival back at home I would eat breakfast and help any of the kids out with math homework if they needed it, sometimes this was the hardest part of my day. Once they left for school at about 9am I would get ready to conduct interviews. My interviews consist of both qualitative and quantitative data (I think). My questions focused on if and why people grew things, the different types of things people grew in their gardens, how they dealt with waste and how much waste/food they came up with weekly. One of the most amazing aspects of doing this research was that I was invited into many people’s house and got to talk to them over tea. One of the more challenging aspects was keeping my translator on topic. Often times either Dipoc or Rajesh would suggest skipping questions, which I had to explain would lead to research that was not quite complete. An issue that continually got brought up was that of lack of support. While I never directly asked a question regarding the government support, people usually talked about how the lack of education and financial support from NGOs and the municipality was a constant challenge. I also conducted focus groups at the end that revolved around the possible solutions to problems I identified. This was the best part of my research as I found valuable qualitative data and it reaffirmed many of my observations. Had I been in Pokhara longer I would have tried to implement some of these ideas, but the focus groups were as far as I could go.

I am looking forward to working more with the data I have collected to try and dive into this somewhat abstract idea of resiliency. In some way it seemed as if the city was more resilient, there was a waste management system in place and people were starting to understand the effects they had on their environment. Many people were interested in climate change and the effects they felt day to day. For this reason they cared about cleaning up their streets and working to become more sustainable – though they did not use that word. However, I learned that while there are many urban gardens, most are there not to feed the direct communities they are situated in. Because of that, there is a lack of food security, which makes Nepal more reliant on India than ever before in terms of food. While that may not seem bad now, hearing stories of the oil and gas blockade in 2015 illustrates just how serious the problem can get.  I hope to work on finding a way to quantify this resiliency aspect in future months.

Overall, my summer spent researching the effects of urbanization on agriculture and waste management in Pokhara, Nepal was an experience unmatched by any other. As a university student who had done extensive travel in the United States but not outside of it, travelling to developing Nepal was the most eye-opening and challenging experience I have ever had. What I came home with was not only data, but also the prevailing thought that while those in Nepal were materially poorer than I was, in many ways they were bounds more rich than I. I was so far out of my comfort zone that I had to adapt and change my definition of wealth and I appreciated much of their way of life. Being forced to adapt and change also prepared me well for my senior year as I start thinking of the transition between life in school and life away from Notre Dame. The people that I met there, especially my host family, will forever stay with me and the lessons I learned will surely not stay in Nepal but will come with me wherever I go. I truly appreciate the Kellogg Institute for this opportunity to bring my IDS and engineering classroom experience to life through the Kellogg Undergraduate Research Grant. I look forward to sharing my experiences further with both Kellogg faculty and staff as well as with my fellow students here at Notre Dame. Thank you, Holly and Rachel, Dr. T, Devi Sapkota and everyone else I had the pleasure of working with for your continued support throughout this rewarding experience. 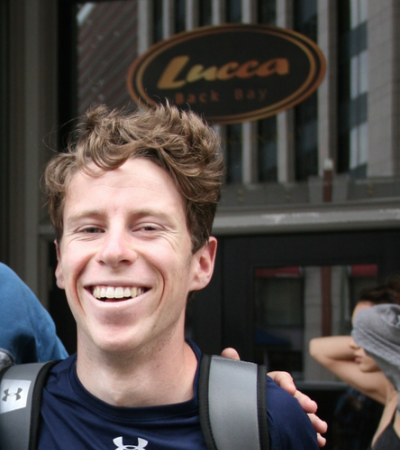