Complex Network Analysis of the Referral System in Northwestern Tanzania

This summer I returned to Shirati, Tanzania for the fourth time (third summer and one winter break). I spent ten weeks continuing to examine the referral system that exists between Shirati, a rural district hospital located in the Mara region, and Bugando Medical Centre (BMC), a regional referral center located in Mwanza. While BMC is over five hours away from Shirati, for patients with more complex diseases (i.e. not HIV, malaria, TB, etc.) this is a necessary trek to receive treatment.

I have been studying the network of providers that exists for treating patients in this system, and this summer focused specifically on the network of cancer providers. To call it a network of cancer providers requires some clarification, however, as this could be construed as somewhat of a misnomer. I do not mean to imply that every physician, healer, pharmacist, or health worker that a patient with cancer sees is a cancer care provider, but I do mean to implicate all of those actors in the treatment network for those patients.

My research question, the one I will be focusing my capstone and thesis on (which have significant overlap), is why exactly it seems that patients ability to access care for cancer is subject to chance. Some patients with a specific type of cancer get care while others do not. Some patients from a village near Shirati receive care while patients from a village equidistant from Shirati do not. And screening services seem to be just that- claiming to provide care, while instead only providing prevention and letting patients with actual cancer go it alone.

I first wanted to understand what providers’ patients sought when their child had a suspected malignancy. To determine this patient behavior, I conducted fifteen interviews of patients either continuing along the process of trying to find care, or of patients that had already reached BMC and were receiving care. With a foundation in network science, I was trying to better understand what providers are connected and how. It is not a simple binary question of a patient visiting a facility and then another and another- patients are often directed throughout the system getting referred from different providers to other providers.

In addition to trying to understand patient behavior, I also wanted to understand how the systems were constructed. What projects had made the system of cancer care the way it was? To do this, I spent a lot of time listening and interviewing people discussing the various cancer related projects that happened (or did not happen) in Shirati, what motivated those projects, and how sustainable they were. A multitude of NGOs and researchers have supported treatment for and studied cancer in Shirati, leaving the landscape incredibly varied based on the type of cancer one has and the severity of the cancer.

For example, if one were to arrive with Burkitt’s Lymphoma, a type of pediatric cancer endemic to East Africa, it was much easier to get treatment for that child since there were many studies being conducted on the genetic make up of the disease. On the contrary, were a patient to show up with a type of cancer that was not this Lymphoma, perhaps Leukemia, then receiving care was much more difficult. This situation is rather ironic since the systems of delivering care for such diseases are principally rather similar- diagnostics, transporting the patient to the same location, and monitoring the patient’s treatment with the same providers. Such ironies of one patient dying from getting the wrong type of cancer were all too common.

Further, I spent extensive time learning about the operations of the cervical cancer ward at Shirati Hospital. Cervical cancer is rather anomalous in that it can be treated locally- at least pre-cancerous lesions can be frozen to prevent progression. The ward’s history in and of itself is a rather interesting case study on the landscape of cancer treatment in Tanzania. While it has been in operation for over seven years, funding was recently dropped resulting in a cessation of all outreach activities. However, at the time of my being there funding was once again resuming which allowed me to exam what new efforts the nursing staff leading the ward were undertaking and what they identified to be their major challenges to best providing cervical cancer screening for their community.

Finally, I was able to review the quantitative data for the seven year existence of the ward. In it, the head nurse and I found evidence that only 2% of women had a 1 year survival rate if they had actually developed cervical cancer, begging the question, how can donors claim to be treating cervical cancer if they leave women who came too late (and thus have developed large lesions) with no ability to get care.

Now, I will spend the next semester writing my capstone for the International Development Studies minor. I will be explaining how the cancer treatment landscape has systematically prevented comprehensive cancer care from the majority of rural patients. I will also be examining the literature to see how other countries have build health systems. Specifically, I will be reviewing Rwanda’s decentralization efforts for non-communicable diseases and Kenya’s AMPATH program, which adapted HIV care structures to treat cancer.

Finally, I will be looking at how systems for treating communicable diseases in Tanzania could be used to treat cancer and other non-communicable diseases. The question is one of diagonal integration- that is, utilizing existing structures to expand access to care instead of building new facilities. In Tanzania, where there is on average a health facility within 5km of every house in Tanzania, it seems that the country already has the ability to deliver care for complex diseases. I will be asking how this can be done, reflecting on the current situation and how to move forward. 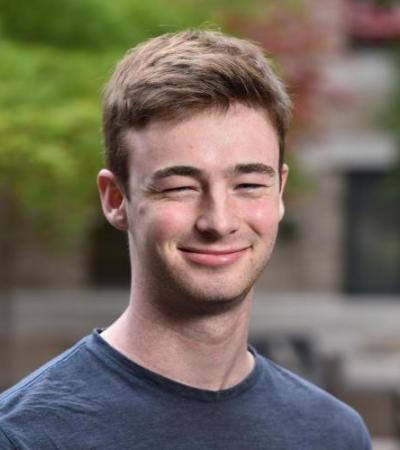