Pharmacies on the Front Line: The Role of Pharmacies in the Health Seeking Behavior of Urban Slum Residents in Kolkata, India” India 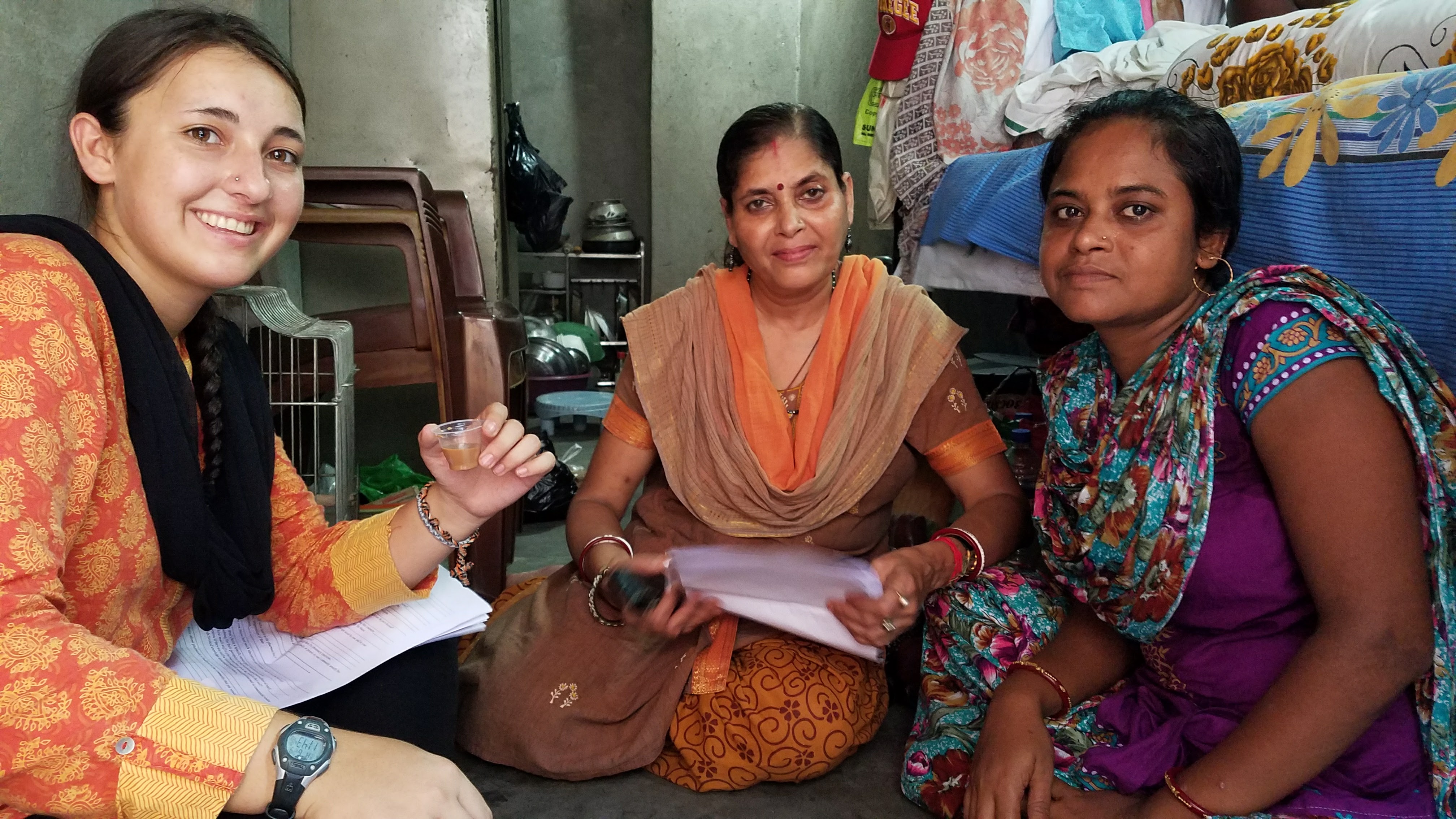 My research began in some ways during the summer of 2016, when I had my first exposure to the health issues of those living in the slums of Kolkata. It was this exposure that catalyzed my interest in pursuing a research project concerning the slum communities’ current access and usage of health care resources, which seemed uniquely plentiful in Kolkata yet were clearly still lacking in effect as both minor and chronic disease remained obviously rampant. Upon further investigation, my interest narrowed to focus on the role of pharmacies in the health seeking behavior of those living in the slum communities of Kolkata. Previous studies in other developing countries proposed that health care access and chronic disease rates could be improved through an increase in the role of pharmacies in the overall health-seeking behavior of those living in places where healthcare access has a multitude of challenges, such as those presented by life in the slums. I was interested to see if this idea had any potential in India, specifically in Kolkata, where my interest began. I interviewed both a number of adult representatives of families living in the slum I had visited in summer of 2016 and the staff of several local pharmacies around Kolkata about the current role of pharmacies in the Indian healthcare system and about the attitudes and usage patterns towards them by those living in the slums, specifically in the context of their overall access to health care and other health seeking behaviors.

Both India and the actual research project itself presented a number of obstacles and challenges. Luckily, having already spent two months traveling India and in Kolkata volunteering, I already had a good idea of what challenges to expect from India itself and how to overcome them. My familiarity with Kolkata and the specific slum which was the focus of my research helped tremendously in reducing my culture shock and in navigating my first experience doing a research project in the field. Because it was my first time doing research, I had to get used to leading interviews myself and learn how to best conduct them with an interpreter, eventually perfecting my ability to adapt follow up questions and probe for respondents’ unfiltered and unbiased knowledge of the topics I wanted to learn about.

Not surprisingly, interpretation and working through an interpreter was probably my biggest challenge for this project. I partnered with a local group of religious sisters, the Sisters of the Cross, who have several community services for the slum in which I worked. After a rough start, in which I struggled to convey to the interpreter my research goals and how the interviews needed to go - specifically that the questions are not looking for the “right answer” and that I wanted to hear the respondent's unbiased and unfiltered voice - I was able to recruit a second interpreter, a recent college graduate from Kolkata, to assist in accurate translation and understanding between everyone involved. The team then consisted of both the original interpreter, who served as our guide to the area and as a liaison to the community members which she knew so well, and the second interpreter who was able to bring a precise translation and a good understanding of my research topic and goals.

Apart from interpretation and getting in the flow of doing the interviews, I also gained insights into some of the painful realities of these communities. Anyone who believes that slavery is a thing of the past has not truly seen poverty for what it is, especially in India. I was struck by the fact that many of the girls I interviewed were around my age (21) and already had several children and a home in the slum. They had been married and many of them must have had their first child of their own when they were still one themselves, typically in the range of 14-17 years old. Child mortality, extreme lack of sanitation, domestic abuse, rampant drug use by the men, and discrimination based on gender and the caste system just scratch the surface of the challenges faced by the slum residents I interviewed. Through these observations and through conversations with my interpreters, the sisters, and the respondents, I realized that education is the key to everything. It was especially hard for me, as a woman, to see that in these extremely poor communities, women remain uneducated and continue to be reduced to the object of wife. In the exceptional cases where women are educated, they are educated separately from boys, which severely limits the effectiveness of this education. For me, it was difficult to see the point of female education and empowerment if women still end up stuck as housewives, objectified and reduced to their role in the home by men who are not educated to acknowledge the value of women beyond this traditional role. In regards to healthcare, I found that those who have even a small amount of education, especially the mothers, tend to better understand the health issues they are regularly faced with and thus have better outcomes for themselves and their children. In the end, I realized that, in order to truly improve both the conditions in the slum and access to healthcare for the poor, there is a great deal of underlying infrastructure and cultural change (in regards to education and discrimination based on caste, gender, employment, corruption, etc.) that needs to happen first. Anything else will only provide a temporary fix, and I saw that even with the best intention, it is very easy to make things worse.

In regards to my primary research question - How do attitudes towards pharmaceutical shops as a health resource affect the utilization patterns of these pharmacies and the overall health-seeking behavior of those living in the slums of Kolkata, India? – I learned that, as I expected, the pharmacies are primarily used for their primary function as a place to buy medicine and other medical supplies, both with and without a prescription. I was surprised to learn that pharmacies do actually provide other services such as blood tests, vaccines, and blood pressure measurements; however, none of those I spoke to in the slum seemed to use these services unless directed to do so by a physician. It was disheartening yet not unexpected to find that there is a great deal of corruption and deregulation in the health care system, which extends to the pharmacies as well. In all of the pharmacies I spoke with, the staff were minimally trained, if at all, with only a requirement to have reached grade ten in formal education. They said that they mostly learned on the job and though legally a certified pharmacist is supposed to be present at all times, if the shop had one, he would only come around for a few hours every day. The community residents I spoke with almost always used the pharmacies only after having seen a doctor (whether at the local government hospital, a private doctor, or through one of several local NGO initiatives which had varied and sometimes questionable effectiveness) and overall had mixed views about the trustworthiness of pharmacies and the medicines stocked. Both the local residents and the pharmacy staff members acknowledged that the healthcare system and its components are chronically underregulated, and especially in the case of the pharmacies, that more thorough training and more involvement in the community would improve access and quality throughout. With a more formal analysis of my data, I hope to present my findings at various undergraduate research conferences, and in the case that I pursue a master’s in public or global health, I will certainly be able to use this as a starting point for continued research.

Though it is easy to get caught up on the frustrations and challenges, I also saw the great love, strength, and generosity that fills these communities. I received such a warm welcome into the homes of those I interviewed, and many would eagerly offer me chai (tea), water, or snacks, even though they had very little. Throughout the weeks, when I would see those I had previously talked to around the community, they would always warmly call out to me and say hello. In many cases, the love that mothers had for their children was very apparent, and one mother even told me that, though she has little money, she always buys medicines for her children first and makes sure they are well fed, even if that means she has to go without. It was clear that there is a strong sense of hope and there are many local people and organizations working to enact change. Outside of my research, I also met many amazing people and formed great friendships with other travelers from all over the world. Without a doubt, I am extremely grateful to have been afforded this research experience opportunity. The people I have met and all that I have experienced because of it have had an enormous impact on me personally and have certainly opened new doors and changed my life for the better. 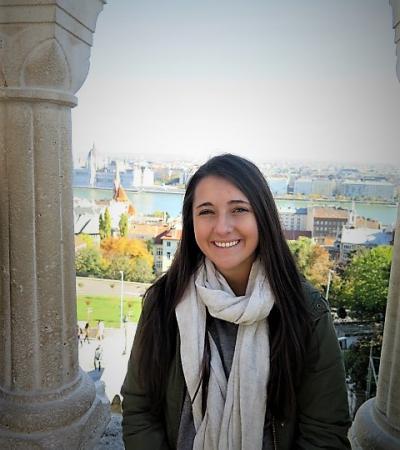