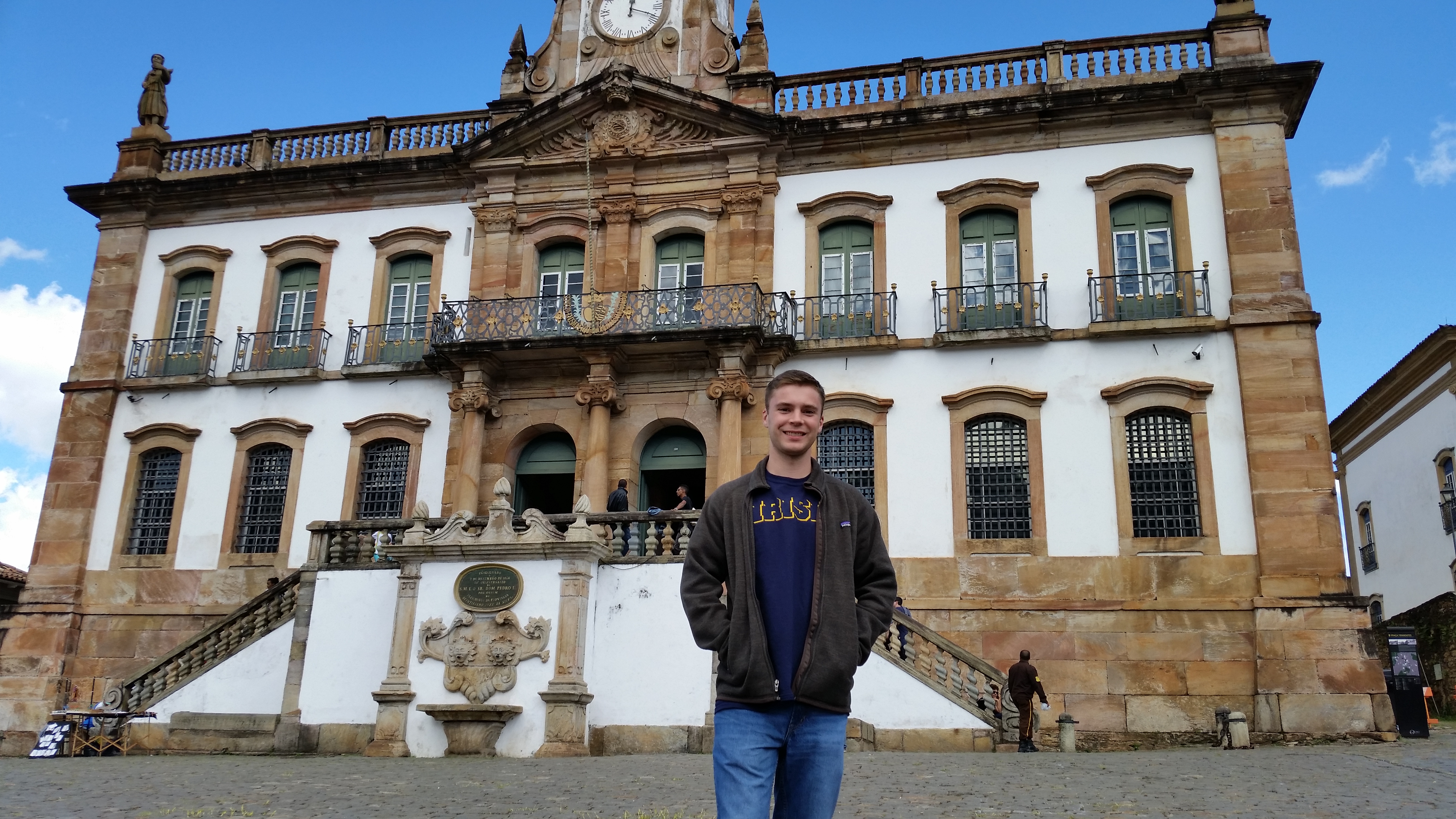 Going into my research over the summer, I did not know what to expect. Of course, I knew what I was interested in researching - the reaction of Brazil’s indigenous peoples to the rapid expansion of Portuguese settlement in Brazil’s interior as a result of the Minas Gerais gold rush in the seventeenth century. However, the truth is, I could never have hoped to articulate my thesis statement before beginning my research. Researchers often like to define their theses on their own terms, yet using documents to reflect upon questions about the past ensures that what we write about is in fact always dictated by the materials we find preserved in archives. When I left for Brazil in late May, I expected to return to Notre Dame with a story of how Portuguese colonists relied upon native knowledge to unlock the vast mineral riches hidden in the forests and rivers of Minas Gerais. What I found instead was a history of exploitation, radically unequal power dynamics, and resistance.

The documents show that the Portuguese quickly took control of the area, conquering once independent natives groups and exploiting them for labor, except in cases where indigenous peoples successfully pushed back against colonial domination through violent resistance. This is the story preserved in the archives I accessed in Brazil; yet a historian must always be a critical thinker, and question the documents that allow him or her to access the past. Archives are instruments used by states to preserve specific historical memories; they are selective in nature. What stories are Brazilian archives preserving, and which are being left untold?  Unfortunately, students of colonial history will likely never be able to truly recover the native voice; however, by viewing the archives through a critical lens, we will be able to come to a greater understanding of the history of people who were unable to record their own past. I am very grateful to the wonderful workers at the Brazilian National Archive, the Brazilian National Library, and the Public Archive of Minas Gerais who provided me tremendous aid in my research, and were very welcoming to an undergraduate researcher with many questions. Most of all, I am immensely grateful to the Kellogg Institute, and to Holly Rivers and Rachel Thiel in particular, for making my research possible, both through funding and through the resources employees at the Kellogg Institute work very hard to provide.

In the six weeks I spent in Brazil, I was fortunate to have found many documents that will aid me in examining the history of indigenous people in Minas Gerais during the eighteenth century. At the Brazilian National Archive, I found documents pertaining to the expulsion of the Jesuits from Brazil, transferring control over the aldeia system governing the colony’s native peoples from that religious order to secular authorities. I also examined royal orders signed by King Jose I of Portugal pertaining to native Brazilians, which on the surface seemed to be aimed at improving the lot of Brazil’s original inhabitants (they encouraged intermarriage between Portuguese and natives, and banned discrimination), yet also sought to destroy “indian-ness” in Brazil, banning native customs in favor of Portuguese ones, and replacing “barbarous” native place names with Christian toponyms.

At the National Library of Brazil, I found a wealth of sources describing relations between Brazilian natives and recently arrived Portuguese colonists, yet was surprised to find that nearly all of these documents addressed indigenous peoples as an external threat; the cooperation and knowledge exchange that I had been searching for was absent from the archival record. Indeed, a frequent concern of colonial administrators was that continued native control of lands on the periphery was preventing the Portuguese from accessing hidden riches. The library possessed an abundance of manuscripts relating to Portuguese expeditions into the native-controlled backlands, often with the goal of either conquering or dislodging the natives in order to access this concealed wealth. The documents show that economic strains caused by the captaincy’s growing population pushed the colonial government to fund excursions against indigenous peoples in hopes of finding more mineral wealth and using native lands to expand the colony’s potential for agriculture. Natives pushed back against this encroaching colonialism violently, thus asserting their own independence against the Portuguese Crown’s claim of sovereignty.

In Belo Horizonte, the documents I found at the Minas Gerais Public Archive complemented this story. Like the documents I read at the National Library, the materials preserved in Belo Horizonte show how at least prior to 1750, natives were viewed almost exclusively as a threat to the expansion of the Portuguese colonial state. However, once the colonial administrators of Brazil began to feel that their foothold in Minas had become sufficiently secure, they turned their attention to destroying any sense of an independent indigenous identity within their lands. One very large obstacle to their goal of assimilation was the powerful Jesuit order, which for over two centuries had acted as a mediator between the Portuguese crown and Brazilian natives, especially through its role in administrating the aldeia system. Even in the early seventeenth century, the seeds of this fight can be plainly seen in complaints by settlers of São Paulo to the King of Portugal, decrying how the Jesuits’ poor governance of the aldeias allowed natives to continue raids on Paulista farms and kept the natives lazy; i.e: unwilling to work as unpaid laborers in Portuguese homes and on plantations. Natives are constantly called “gentios,” Portuguese for gentiles, to reflect both that the natives remained a threat to colonists, as well as undermine the Jesuit claim that they are converting to Christianity. As the power of the crown became more consolidated in Brazil, the king and his officials looked to dislodge the Jesuits from their position of control out of a desire to further assimilate the natives as well as more efficiently exploit their labor and collect taxes from them. Thus, in 1759, the Jesuits were officially expelled from Brazil, with colonial officials taking over the administration of the aldeias.

My six weeks of research lead me to believe that the history of Portuguese-indigenous relations in Minas Gerais during the seventeenth century is not one of knowledge exchange, but rather that of imperialistic expansion. The Portuguese crown sought to exert ever-growing control over its colonies and their inhabitants. As Portuguese settlement rapidly expanded in the colony’s interior as a result of the Minas Gerais gold rush, so too did the crown’s potential revenue from the area. One roadblock to the crown’s ability to maximize its income was the unique position of natives in the area, either effectively independent owing to continued violent resistance against colonial expansion, or under the control of an international religious order, the Jesuits. The king tasked his officials with reducing the distance between the crown and natives; they thus carried out offensive wars to conquer remaining independent indigenous groups, and plotted to expel the Jesuits from the Portuguese empire. As I investigate this phenomenon, I will simultaneously criticize the nature of the archives from which I receive my evidence. How much of what I am reading is a product of the archive itself, an institution that seeks to preserve white, Portuguese historical memory, and addresses natives only when they concern this group? Natives in the Americas were done an enormous injustice, subjugated to conquerors who gave little regard to their material well-being, and often actively tried to destroy their cultural and historical memory. Thus, in order to write an ethical history of native peoples, I must remain always skeptical of the archives and the documents contained within, paying special attention to the negative space that they do not address. 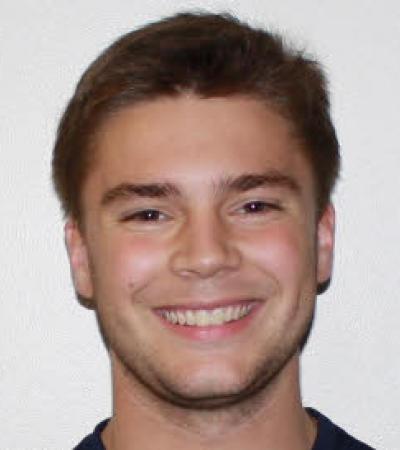