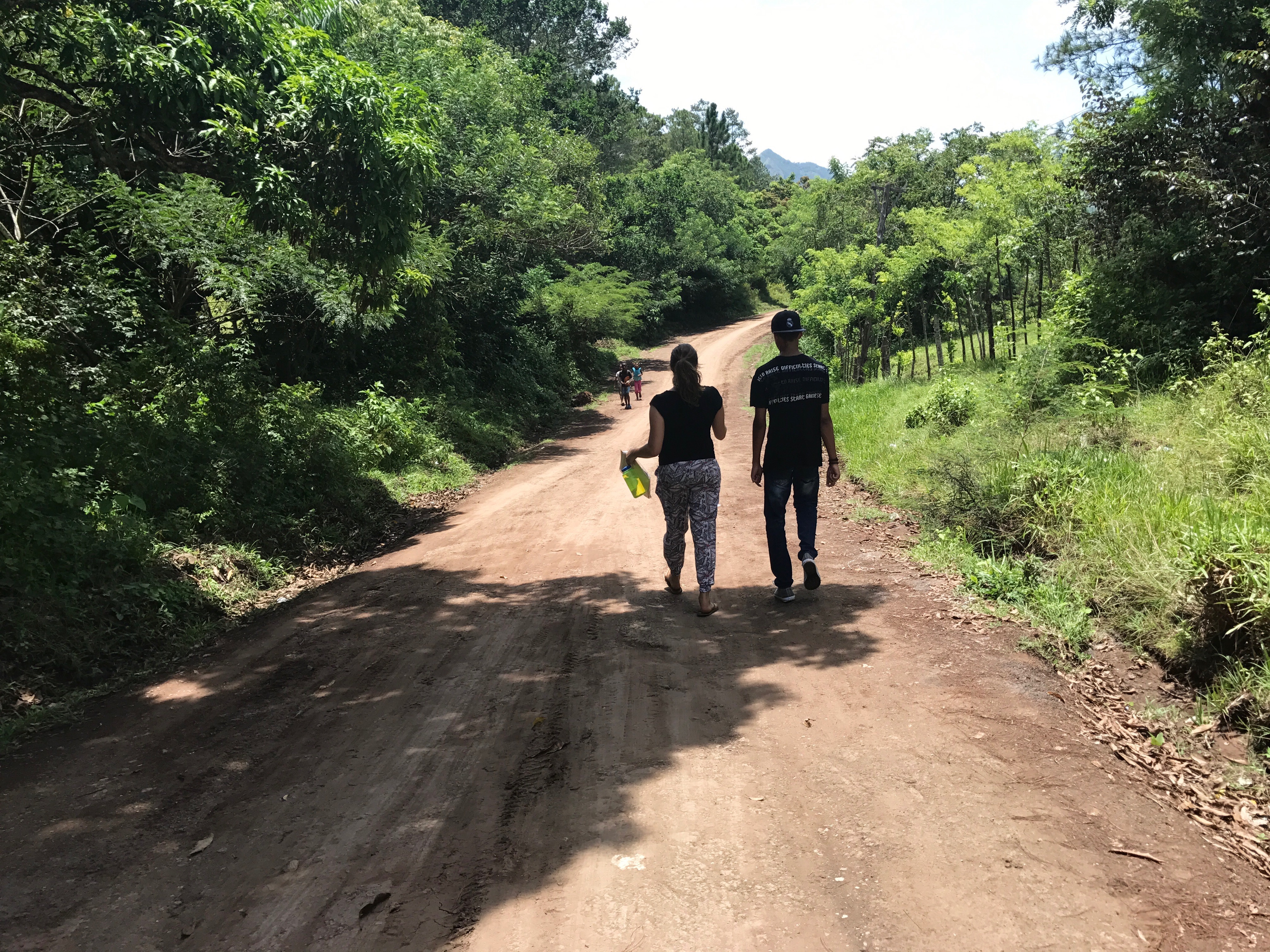 From the first night I arrived in Restauración, Dominican Republic (DR) and fell asleep to blaring bachata and merengue music, I knew that the next eight weeks were going to be loud in every sense of the word. From the colorful houses down every street, to the volume of neighborhood conversations, to the music that seemed to last from the time I woke to far after I fell asleep, the eight weeks that I spent with the Foundation for International Medical Relief (FIMRC) in the town of Restauración, Dominican Republic were loud, profound, and full of life. Embracing the noise of Restauración, I was able to immerse myself in the community and I am so grateful for the opportunity to do so. Throughout this report I will discuss the work that I did with FIMRC, how successful I felt I was with the organization, and how this internship benefited me on a professional level and personal level.

My work with FIMRC began prior to arriving in the DR as I prepared for my internship by developing a research project assessing barriers to breastfeeding for mothers in the region. My project focused specifically on how the high levels of immigration from Haiti, which has a significantly higher breastfeeding rate, might influence breastfeeding practices. While with the organization, I conducted interviews with mothers in the waiting room for prenatal consultations at the local hospital. Initially I conducted these interviews on my own, but after the first few, I worked with Nena, FIMRC’s nurse, who spoke both Spanish and Creole. As I conducted my interviews, I realized there were trends in responses that could be better explored through a focus group format. With this in mind, I organized focus groups, creating invitations and reaching out to women in the community to participate. The focus groups were facilitated by Nena, while I organized the logistics.

In addition to my research, I assisted FIMRC to carry out their monthly breastfeeding class. This work entailed updating the curriculum, inviting women, and helping teach the class. The class format was challenging due to the distances that many women had to walk, late arrivals, inconsistent attendance due to weather, and other factors. Upon completion of my research, we decided to use what we had learned to improve the class format. Modeling the program after one of FIMRC’s current programs for diabetes management, we decided to transition from monthly meetings to individual education sessions facilitated by Nena. We also decided to work with some of the women who attended breastfeeding programming regularly to develop a more organic support network within communities. Near the end of my time with FIMRC, I wrote the manual for the implementation of this program, and will continue to support field staff as the program is implemented. I am also working with members of La Liga de la Leche, Dominican Republic to develop a training program for women in the community to act as peer counselors. It was very exciting to work with FIMRC field staff to take my research and develop it into something that FIMRC will use going forward.

In addition to my breastfeeding project, I spent a lot of time working with FIMRC’s Health Agents, a group of four teenagers from the community who work with FIMRC to develop health education programming for youth in the community.  We developed curriculum for biweekly activities that included topics such as healthy relationships and gender equality. My supervisor was often very busy, which meant that I had an opportunity to take on more leadership within the Health Agent program, a very fulfilling and fun role to play.

I believe I found success with FIMRC because of the time I had invested in my project prior to arriving in country. Eight weeks goes by remarkably fast, and without the prior knowledge I had regarding my project I would not have been able to contribute as much to the organization. However, because I had put in the work beforehand, I was able to get my feet wet immediately upon arriving in country. Gina was supportive of my project, which was crucial to my success and allowed me to develop research into a program that the organization will be able to work with in the future. I am most proud of the work I did with the program manual and the discussions I had with Nena about the breastfeeding program, which laid the foundations for work that has been able to continue since I left the DR. I also found success in my work with the youth program. I developed close relationships with the Health Agents, allowing me to work well with them to develop and implement successful programming. Watching the conversations that the Health Agents were able to facilitate on important issues related to the curriculum that we developed together was incredibly rewarding.

I think FIMRC benefited from my time with them through the addition of a person who understood how to support the programs that my supervisor did not have time to facilitate. The Dominican Republic is one of FIMRC’s smallest sites, and there is only one permanent staff member on site. A lot of programs, such as weekly diabetes and hypertension checks, relied on volunteer support to check vitals and complete other tasks. By my second month, I understood how to coordinate these tasks and was able to take on a leadership role in directing the short-term volunteers. Taking on this role allowed my supervisor to focus on other aspects of her job. I also feel that FIMRC benefitted from my internship through my ability to concentrate on the breastfeeding program, a program that they were interested in, but had yet to develop further. I was able to build on the work that other interns had begun and put pieces, such as a program manual, in place, making it easier for FIMRC to implement breastfeeding support in the future.

Naturally, there is more that I wish I could have done with FIMRC. I originally hoped to conduct two focus groups, one with Spanish speaking women and one with Creole speaking women. The Spanish group was very successful, but the Creole group had to be postponed twice due to weather, and I ultimately ran out of time to do it. Conducting the Creole group was very important to me, and I think it would have offered invaluable perspectives to the programming. I was very disappointed that I was unable to conduct it. My Spanish proficiency also limited certain aspects of my work. I think my research for FIMRC could have been much deeper if I was more comfortable understanding Spanish nuances and asking complex follow up questions in Spanish. Although I worked with Nena as a translator, I would have loved to be able to contribute and ask follow up questions myself.

Although it may be cliché, it is nevertheless true to say that I gained so much more from my experience with FIMRC than I could have offered to the organization. Through my time with FIMRC, I grew in my interpersonal and language skills and gained experience that will be invaluable in any work that I pursue in the future. I was afforded the opportunity to practice my Spanish skills and pushed outside of my comfort zone to communicate in Spanish in situations such as the youth programming. Gina provided some assistance communicating, but I was often forced to communicate on my own, which ultimately benefitted my Spanish skills immensely. Beyond improving my Spanish skills, I grew in my ability to communicate ideas, thoughts, and feelings with other people. Due to my lack of native ability in Spanish, I often had to explain ideas in ways I would not have in English, which pushed my communication abilities and improved my confidence in professional and personal situations.

In many of the projects I took on, I had to plan for the unexpected e.g. if no one came to my focus group, or if one of the Health Agents forgot their message during a health education session. Prior to this experience, planning for the unexpected was not one of my strengths - I relied more on my instincts. However, being placed in a situation where responding to the problems that arose was my responsibility allowed me to develop my ability to identify potential situations before they became a problem. I truly benefitted from the level of responsibility that my supervisor afforded me. I was never asked to do things that were above my skill level or qualifications, but I was asked to be independent in the projects that I took on and to be responsible for the results of the programs that I assisted with. This accountability and the mistakes that I made throughout the process made me aware of the work necessary to do a project well and made me more confident in my ability to take on one within the workplace. My research on breastfeeding with a population of Haitian immigrants introduced me to an incredibly complex border region, exposing me to stories of discrimination and prejudice, and allowing me to better understand the complex system of migration in the region. This experience will be invaluable as I consider pursuing a career working with refugees and migrants.

Beyond the workplace, I personally benefitted from the experience in so many ways. I gained role models such as my host Mom, Mary Luz, and the cleaning woman in the office, Aneesa, who both inspired me to work harder and exude joy in ways that I never seen before. My extended time in Restauración allowed me to develop relationships with Mary Luz, Aneesa, and others and spend enough time with them to really learn from them. Through the immersive nature of my experience, I was able to see parts of the world such as coffee farms in remote mountains and waterfalls on the edge of Restauración that I do not believe I would have been able to experience through any other form of travel. Restauración spoke to me, yelled at me in the loud, hard-to-ignore way that it has, and my life is not, and will not ever be the same. 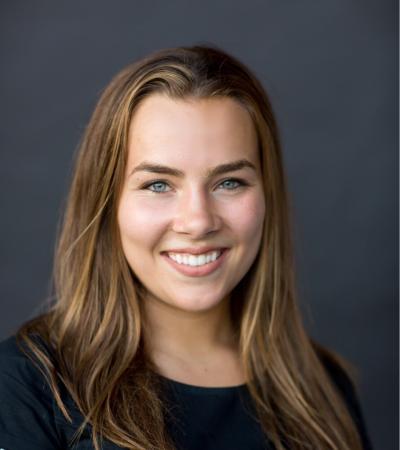