Several African countries exhibit party systems composed of a single dominant party with no viable electoral challenger. While some of these countries demonstrate clear authoritarian tendencies (Zimbabwe), there are a surprising number of exemplary democracies (Botswana) also found among their ranks. Even more perplexing is the fact that ruling parties from nearly all such countries enjoy unparalleled degrees of public support over their political rivals, often reducing elections to a foregone conclusion. This research project investigates the bases the partisan support for dominant ruling parties that aids in keeping these countries from experiencing meaningful party competition. Funding from this grant will combine with other sources to cover travel costs to two African countries Botswana and Zimbabwe, elite interviews with political experts and party members, and an experimental-based survey to measure and test the explicit and implicit partisan attitudes of citizens from both countries. 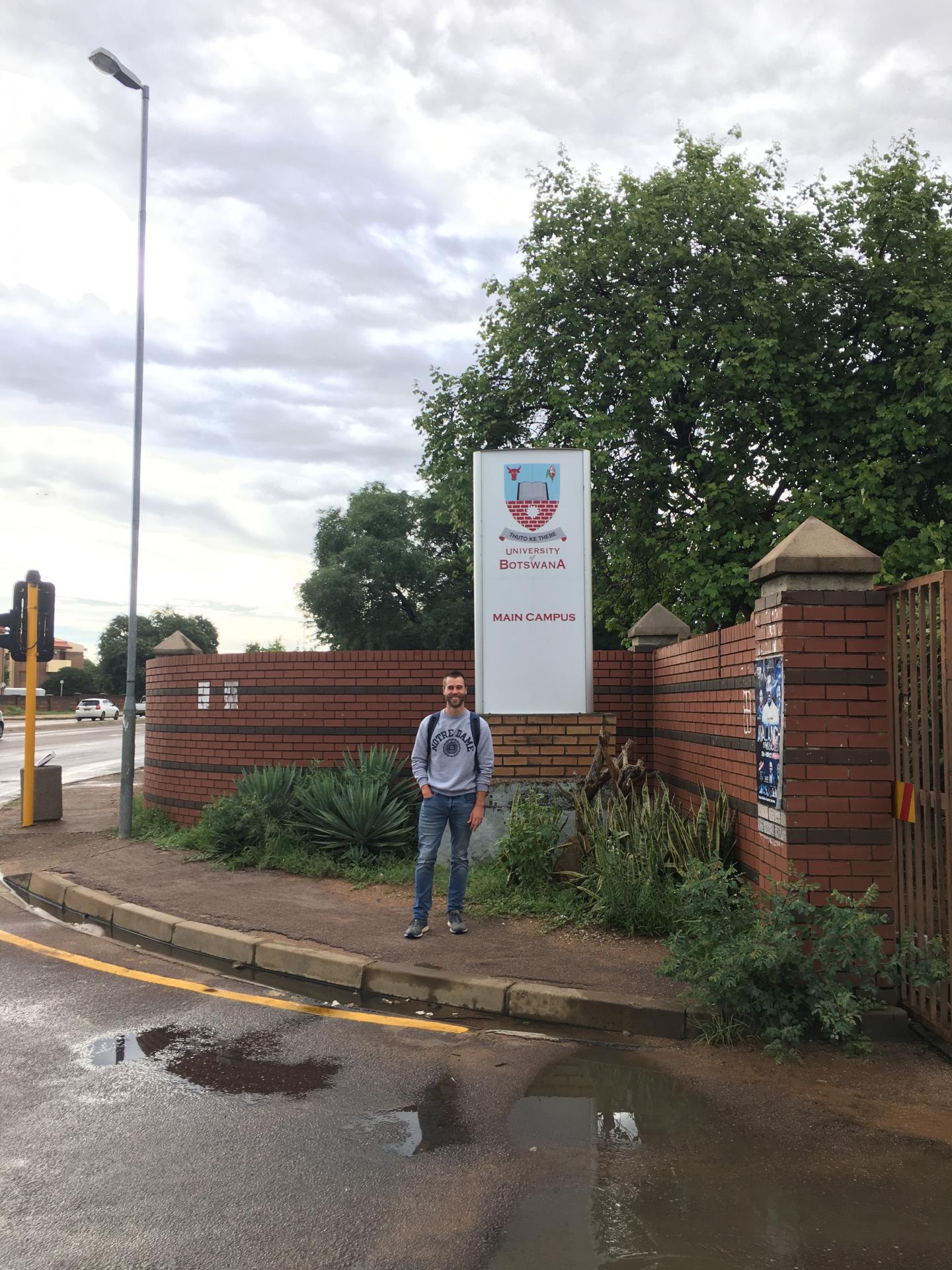 From September to December 2019 I lived in Gaborone Botswana, collecting data for my doctoral dissertation. The project seeks to gain a deeper understanding of the nature of partisanship across Africa, particularly in countries with dominant ruling parties. In twelve countries, the first political party to hold power at the time of national independence is still there today, some having ruled for up to sixty years. I select two of these countries to explore the nature of partisanships and views towards the dominant ruling parties. In order to provide greater theoretical breadth, I selected a top democratic performer (Botswana) and an authoritarian-leaning cases that still has multi-party elections (Zimbabwe).

While living in Gaborone, I was affiliated with the University of Botswana and worked closely with a handful of professors to refine my research questions, test approaches, and plan the logistics for data collection. I  discussed my research topic with relevant experts to compile general notes about how citizens thought about political leaders, elections, and the main political parties. I also accessed both the university and national archives to obtain copies of political documents including party manifestos and presidential speeches that I plan to analyze collectively for a section of my dissertation. Finally, I spent time discussing and analyzing the October 2019 elections results, resulting in a publication in the Washington Post.

The vast majority of my time was spent preparing for and implementing a public opinion survey. The survey was about 30 minutes long and administered by Batswana Research Assistants (RAs) in the primarily local language of Setswana. In total, 410 surveys were collected based upon a random sample draw of four electoral constituencies. The constituencies were selected based a variations in partisan support and the rural-urban spectrum, as well as interesting political dynamics.

The questionnaire including items on demographics, culture, spirituality, the role of opposition in politics, the meaning of democracy, feelings and word associations with the main parties and leaders, and several aspects of political involvement. I also included experimental questions, a video experiment to test the connection between patriotism and the ruling party, and an experimental game to test the influence that a party endorsement had over charitable giving. Later, an online supplementary sample of 90 respondents was collected over Facebook, to test out new instruments while keeping many of the baseline questions from the original survey.

Data collected began in early November and carried on through the end of the month. During the first half of December, I was able to debrief through discussing these findings with my RAs as well as some university professors. I then presented a preliminary version of my findings during a departmental seminar.

The Botswana survey points to expectations both similar and divergent from what has been established about partisanship in the Western contexts. As expected, partisanship is observed as a meaningful and powerful psychological identity that influences a wide-range of views and behaviors including voting and campaigning. Using experimental questions, I show that partisans demonstrate a “partisan lens,” answering evaluative and attitudinal questions differently depending on if and which party or political leader is invoked within the question. This suggests partisanship as a meaningful social identity that independently influences how individuals perceive the world, which has been robustly demonstrated in countless other studies from various world regions. I also find evidence of positive partisanship among Batswana, where a party endorsement induces a more favorable response in the eyes of aligned partisans towards a particular social issue as expected.

On the other hand, I find significant differences from what Western scholars expect when it comes to the perceived roles of political parties, opposition, and conflict in democracy. In general, conflict and political risk are discouraged by most Batswana, resulting in acquiescence being rewarded over contentious political fights. I find these beliefs to be closely tied to the measurements of culture I included around communalism and the importance of respecting authority (power distance) as well as the degree of participation in traditional forums and spiritual beliefs. These social and anthropological dimensions can be easily overlooked in political science, and here I find they are vital to predicting how citizens view the entire political system and how political parties should interact with one another. For example, respect for one’s family, community, and elders is a powerful predictor of how citizens believe opposition leaders should interact with the ruling party, generally encouraging a non-confrontational posture.

Because the ruling party in Botswana was in power at the time of national independence and all of the country’s leaders hail from this party, I suspect that it experiences increased legitimacy by being more closely tied to patriotism. I find using survey questions that up to a quarter of the population (mostly ruling party partisans) believes that voting against the current party is unpatriotic and would also dishonor the memory of the country’s founding father. When inducing patriotism through showing respondents a video celebrating national independence day, I find that the increased feelings of patriotism are associated with subsequent increases for both the current president and long-time ruling party, indicating a meaningful tie between the ruling party and national pride.

These later two findings point to rich additions to theories related partisanships and our understanding of political party competition. Through this project’s comparative approach, I demonstrates how both history and culture significantly shape views towards major political parties and aspects of democracy that are not visible when studying citizens from a single case, especially from a Western context. From January to May 2020, I am working in Zimbabwe to replicate many of the same research activities in order to provide test these propositions in a divergent case and begin to understand how generalizable the Botswana findings are to other African dominant ruling party systems.