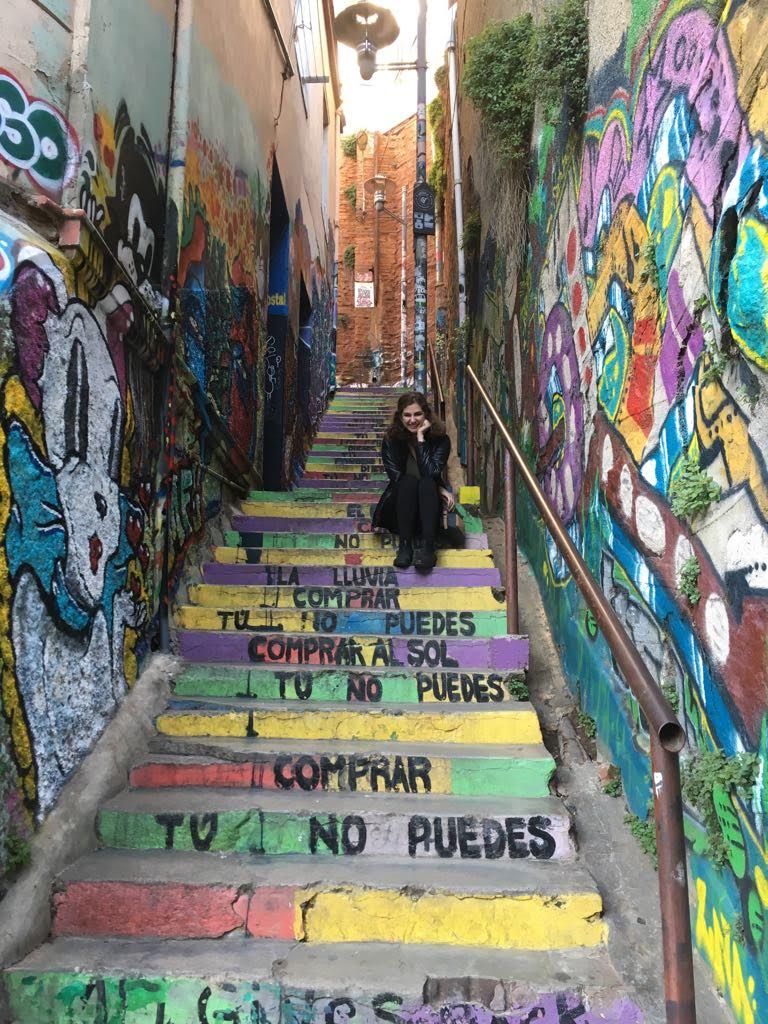 It was a clear, cool night in San Francisco when my family dropped me off at the airport to board a plane for Santiago, Chile. With each mile we neared the airport, I felt the comfort and certainty of home slipping away and the dread of flying into the unknown bearing its weight upon me. Being home for the summer sounded like a good idea the more I thought about how little I really knew what to expect. It was not that I had not done preparatory work, because I had and it was very helpful, but all the Google searches and study packets in the world could not tell me exactly what to expect from my experience: What if my host family forgot to pick me up? What if my research fell to pieces? What if no one understood my American accent? These were just a few of the many questions that inundated my mind as I dejectedly shuffled through each step of standard airport protocol. I also new that I would have a whole day of planes ahead of me, and that certainly did not sound like a fun time. Just the thought of traveling was draining, let alone the thought of what I was actually going to do when I got there. While I tried to stay positive as I sat at the gate waiting to board my flight bound for my first stopover in Miami, I could not help but ask, “What have I gotten myself into?”

This commentary is not in the least bit meant to deter or scare new travelers, but quite the contrary. If we flash ahead six weeks from that night when I made the dreaded trek down the jet way and into a plane that would take me into a world of who-knew-what, I exited another jet way that dropped me off, back in my familiar country, grateful to return to US soil, but saddened to be away from the country with which I had unexpectedly become so enamored.

I only mean to say that though traveling can seem daunting and uncomfortable, it sometimes requires a large step, or leap, outside of one’s comfort zone to enrich a worldview, explore the depths of curiosity, and experience the depth of culture that lies just outside of our own borders. Removing oneself from one’s comfort zone can feel a bit like pulling teeth when it actually comes down to it.  During all of the preparatory work and planning, I felt completely ready and thrilled to go experience a new country and to conduct the research about which I had become so passionate, but it was not until I actually was standing in the gate that I realized how hard it would be.I found that the fear of not knowing just exactly what will happen, especially when it comes to international research, is perfectly normal and even justified! It was true that I had no idea what I was getting myself into, but I am sure glad I got on the plane. Traveling can be difficult at times, but I found that with a positive attitude and an inquisitive spirit, just about anything can be resolved!

My use of “inquisitive spirit,” here, is intentional.  I have found from my two times in Latin America that the culture tends to have a less direct form of communication and promulgation of information than we are used to in the United States.  I am so grateful that I was open to asking questions, and asking them a lot, because just the simple asking of a question was often times the thing that saved me.  I had to ask how to take the metro, I asked for directions countless times (especially when my phone died unexpectedly and I had no mobile map), I asked for safe food recommendations, how to make photocopies, where to buy tights when mine ripped, where to buy baby clothes for a woman whom I had met, etc. The questions ranged from general and predictable to extremely situational and tailored to my specific experiences, but in either case, the ability and openness to asking questions was often my saving grace.  I found that nine times out of ten, if I asked, people were more than willing to help me.

This proved especially helpful for my research project.  I had never done formal research, so I was a little bit nervous to undertake a big research project alone and abroad. While in Santiago, I was looking at the roots of religiosidad popular and the teología del pueblo from the Chilean perspective.  I did this primarily through interviews and utilizing the records and documents at the Pontificia Universidad Católica de Chile. It was a huge help to be in constant communication with my research advisor both back at Notre Dame and at the university in Chile.My research advisor at Notre Dame and I Skyped multiple times while I was in Chile and it was helpful just to be able to talk through my ideas with someone who understands my project at the most rudimentary levels and who was able to give me straightforward direction.  The fact that my advisor was very familiar with Chile and the University was also of great use to me.  He was able to point me to specific faculty members at the Pontificia Universidad Católica de Chile and specific figures in the academic and religious communities.

From this, I also learned that people are worth talking to, not because they are of use, but because they are people with a name and a story.  In the beginning, I found that I was disappointed when I would converse with someone who ended up having no information to offer pertinent to my research project, but as time went on, I found that I had formed authentic relationships with people not because of their utility in my life and my ability to extrapolate information from them, but because they were perfectly pleasant people with whom I loved to spend time. The friendships I had formed did in fact, become helpful to my research, though at the time, I did not realize it. Through them, perhaps more than the people who did have specific information to offer, I learned more about the Chilean people and culture than through any

other text, experience, or interaction. These people were fascinating and always willing to help

and support me, and the progress I made in my research would not have been possible if it had not been for the friendships I formed with Chilean people abroad.  My number one recommendation to anyone traveling abroad would be to talk to people from the country and allow yourself to enter into genuine friendship; having good friends who both know the country and also possess a different worldview is never a bad thing.

Santiago was the most amazing city, but it could have easily been otherwise if it had not been for the Chilean friends I made, my openness to asking questions (and asking often), and determination to get the job done, even when things were tedious and frustrating, as was often the case. The work I was doing was rewarding and extremely riveting. In the end, I was able to learn a great amount and return to the United States with the information I had set out to collect...and a few new friends! 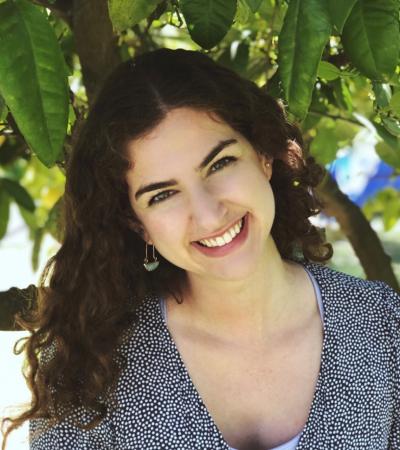