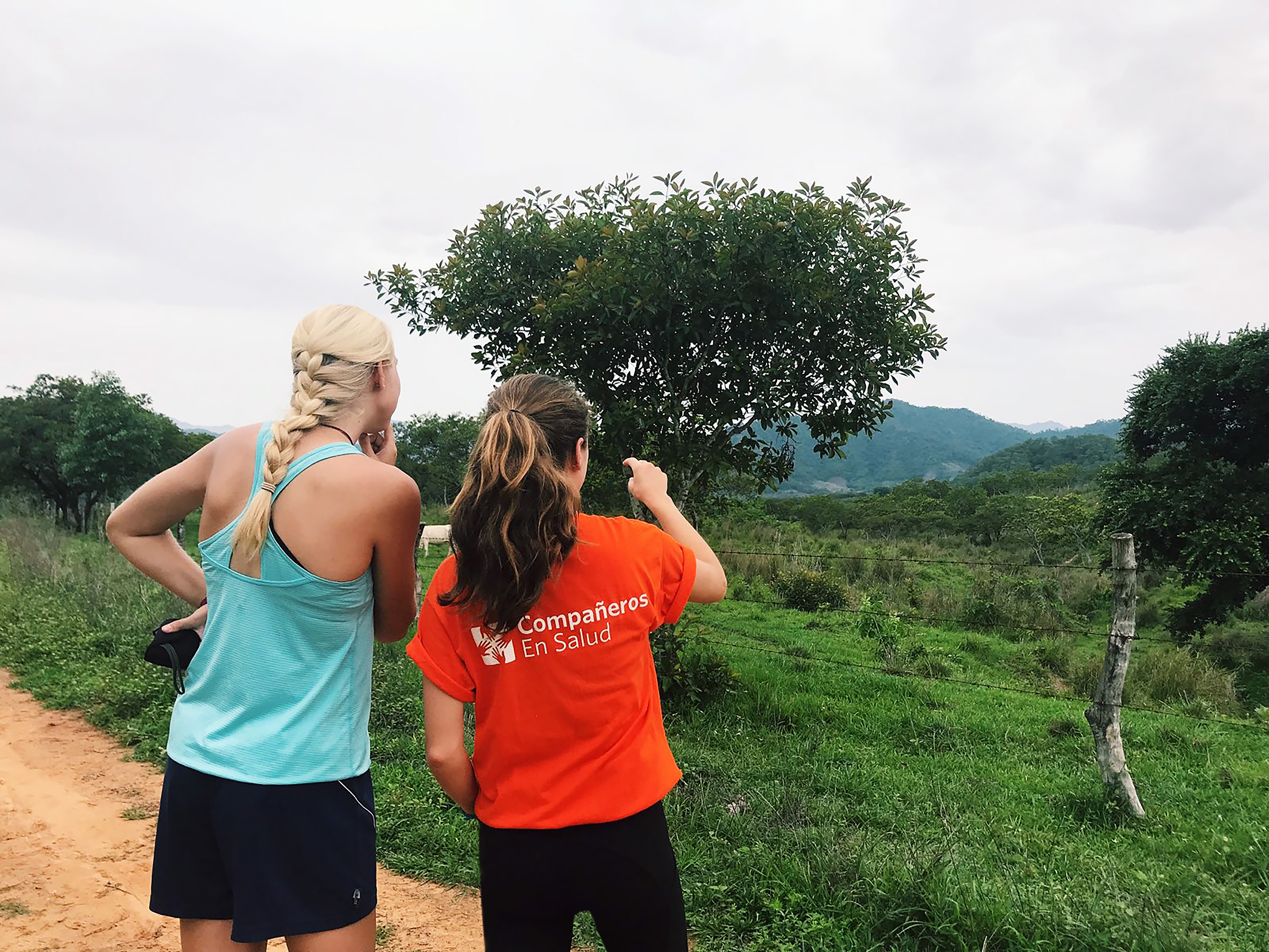 The most significant accomplishment this week was the focus groups. First, we drafted lists of questions and follow-up questions to guide the discussion, wrote an informed consent document, prepared snacks and coffee and scheduled a small room in the hospital to hold the focus groups. On the day of, we arrived early to the room to set up the food, coffee and arrange the chairs. We discovered that in the room over they were redoing the floors so it was extremely loud with the construction in process. Shutting the door helped, but made the small room oppressively hot with no air-conditioning so we drove back to pick up several fans from the office. After this minor, unexpected setback, the focus groups went very well. We split the staff up into nurses, doctors, and administrative staff so that each group felt comfortable to voice their opinions without their bosses in the room, which worked very well. All of the individuals participated and shared important viewpoints. Some of the takeaways from the focus groups were the incessant demand for better communication between all levels of the hospital, a need for more reliable Wi-Fi, more understanding towards the work of the administrative staff, and the desire of the nurses to be taught surgical skills from a surgical nurse instead of lecture style or by a doctor. The staff was clearly excited for the surgical program and appreciated being included in the development of this new program. It was a lot of fun to get to know the doctors, nurses, and staff working behind the scenes.

Apart from work related activities, some of the other volunteers and I have been able to enjoy the beautiful land across the river. The entire team here has been watching the World Cup together. In addition, Moira Horn left and Lauren O'Connell has arrived, so it has been fun to get to know two other Notre Dame students. It is also exciting to show Lauren and the other new volunteer, Rachel, around the city now that I feel confident knowing my way around and pointing out landmarks.

“Emilia, quiero mostrarte mi muñeca que se llama Elsa,” Florita called as she ran to her bed and grabbed the small, blonde doll modeled after the popular Disney movie, Frozen. She placed Elsa’s homemade brush made from mango tree wood and mule hair in my backpack to keep it off the muddy floors of her home. I was not expecting the influence of Frozen to have trickled out to the rural villages of Mexico, but Florita was just as enthralled with all the details of this movie as were the children I babysat weeks earlier in my hometown. Florita was born with Treacher Collins syndrome, which results in deformities to the ears, eyes, cheekbones and chin. In the United States, most babies born with this genetic disorder undergo several reconstructive surgeries in order to elongate the chin, reposition the eyes and shape the ears, as well as obtaining hearing aids and attending speech therapy. Florita did not have access to nor the funds for any of these common treatments in the US, but she was still growing up like other four year old girls I knew at home.

Florita was one of the many cheery friends I met while in Mexico for six weeks. Arriving in Mexico on June 2nd, I walked out of the airport hit by a wave of humid, oppressive heat. A volunteer from the organization Compañeros en Salud (CES), the non-profit affiliate of Partners in Health which works to provide health care in underdeveloped regions of the world, picked me up at the airport in a silver truck. We drove for three hours swerving around potholes on muddy roads to the rural town of Jaltenango de la Paz. The bright colors of single story buildings in Jaltenango were juxtaposed against the dark green mountains and low hanging clouds. There was a bustle in the small rural town that I was not expecting. Women held their children's hands while carrying buckets of water and men sweat in the hot sun as they fixed moto-taxis in makeshift repair shops. As soon as I entered the CES office, a plate of warm food including black beans, pastel azteca,and green salsa was handed to me, and I sat down at a long white table outside where the other volunteers were convened. I soon looked forward to the long, daily lunch where everyone convened to enjoy a freshly cooked meal together shaded by the fragrant lime trees and sheltered from the activity on the street.

Meeting Florita during my first week made me even more excited for the short time that lay ahead of me and reminded me of why I was in Jaltenango. I frequently thought about the idea that surgical care is a human right and not a privilege. In Florita’s case, yes, she was able to grow and live without complications thus far, but other individuals were in dire need of emergency cesarean sections, hysterectomies, appendectomies or other emergency surgeries. During my time in Jaltenango, I worked to facilitate the creation of the programa de cirugía (surgical program) at the community hospital.

More specifically, my co-intern, Will, and I began with preliminary surveys that we created on a data collection database, called Commcare. The goal was to understand the perspectives, concerns and questions about starting a surgical program from the nurses, social workers and doctors. After analyzing the data, we were able to gather that the greatest perceived barrier was material resources, that the majority of the staff wanted a surgical program and that many were eager to receive more training. Excited by these results, we began looking into buying operating lights and obtaining a blood bank. Each day our to-do list would become longer as unexpected obstacles arose such as the need for a fridge to store blood, the need to address the frequency of power outages in Jaltenango, and the lack of efficient emergency transportation.

Not allowing ourselves to become overwhelmed by the growing list, we forged ahead by setting up focus groups and personal interviews to allow the staff to discuss their concerns and questions regarding collaboration with CES, the hospital environment, and the surgical program. We also spent hours meeting with the director of the hospital, who I feel deserves many thanks for working behind the scenes to help organize the focus groups, buy surgical equipment and receive us each day with the utmost positivity and excitement for the program regardless of difficulties or setbacks.

When not leading focus groups, we copied down 20,000 hand-written figures from a red, worn notebook full of data regarding referrals, patients that could not receive care at this local hospital for various reasons and were sent elsewhere. Meticulously copying this data was exhausting but allowed us to better understand which specialty our patients are most frequently referred to, the hospital where most patients are sent, and the most frequently referred diagnoses. Only after several conference calls, meetings with Notre Dame graduates, and emails with geospatial professionals, did we realize the full potential of this data. With the help of data analysts, we will be able to calculate the average distance patients travel to receive care, make heat maps of travel time, and track the progress of the developing surgical program. I am excited to continue to analyze this data in the context of the Kellogg International Scholars Program with Professor Steve Reifenberg this coming year.

Before long, the days began to blur together as I felt at home in ‘Jalte.’ It was inspiring to work alongside people everyday who were genuinely invested in contributing to Compañeros en Salud,but even more invested in helping individuals lacking adequate care. One volunteer warmed leftovers from lunch nightly to give to the young, orphaned boy who worked all day in the square shining shoes under the blistering sun. People who I met only weeks before became close friends, as we convened each night to cook meals, play hours ofboard games (such as Settlers of Catan), and make afternoon runs to get homemade popsicles in order to endure the heat.

Everyone was right when they said that Chiapas would be a jarring experience compared to what I was used to. However, the warm, smiling people, and their shared passion for the CES phrase that “healthcare is a human right,” and the many hours spent with one another quickly allowed me to feel at home in Chiapas. Also, meeting Florita reminded me that despite obvious differences in daily life, food, infrastructure and language, the health care demands mirrored those in the United States: women needed c-sections, babies born with deformities required reconstructive procedures, and many needed basic operations. Leaving Jaltenango, there is of course unfinished work, in particular the continued expansion of a newly budding program that addresses health care delivery in the rural setting. However, it was an accomplishment to know that a surgeon would be arriving in late July to put our preliminary work into practice. This gives hope for children like Florita, mothers with complicated deliveries and individuals in need of appendectomies.

My last day was a quintessential ‘Jalte’ evening as I breathed in the now familiar humid air and watched the sun set behind the mountains as the busy streets quieted. We drove away from Jaltenango, red clay dust blurring the bright colors of the buildings as I turned backwards. Finally, I looked forward and reached into my backpack for my water bottle only to feel something bristly. Pulling it out, I saw Florita’s wooden brush for her doll, Elsa, and knew I would have to go back one day to return it to her. 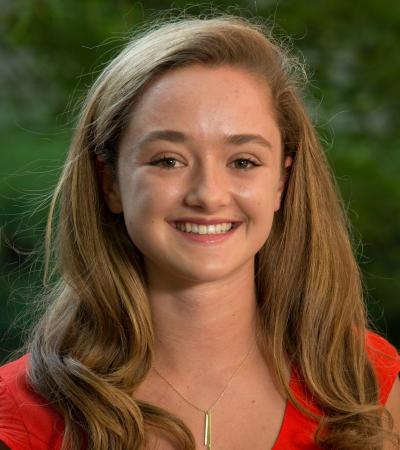