Under Caesar’s Sword Symposium: Responding to the Global Persecution of Christians

Under Caesar’s Sword Symposium: Responding to the Global Persecution of Christians

Through funding provided by the Kellogg International Scholars Program, I was able to attend the Under Caesar’s Sword Symposium which was held on April 20th, 2017 in Washington D.C. The symposium, entitled ‘What is To Be Done? Responding to the Global Persecution of Christians,’ was the culminating event in the Under Caesar’s Sword Project - a global research initiative that has studied Christian responses to persecution from around the globe. This one day symposium was convened to mark the launch of the public report, In Response to Persecution. This public report summarized the various methods in which Christians around the world used to respond to persecution and suggested concrete methods that different actors could use to respond to the problem of global Christian persecution. The conference was well attended by many different academics, NGOs, and aid organizations, and I was surprised to find myself networking and interacting with these individuals.

The symposium began with an opening keynote by Cardinal Donald Wuerhl, who set the tone for the symposium as he talked about the different ways in which Christians could help alleviate the plight of ‘our suffering brothers and sisters in the Middle East.’ This sobering message set the stage for the rest of the symposium, where different researchers from the Under Caesar’s Sword project presented their suggestions on how outside actors could best respond to Christian persecution in various countries throughout the world. I was particularly impressed by the global scope of the Under Caesar’s Sword project, as well as the rigidity of the project’s research design – which was spearheaded by my International Scholar’s Advisor, Professor Daniel Philpott. Professor Philpott and I briefly met several times during the symposium, and I was very touched by his concern for me as well as the networking opportunities that he provided me with. Besides the panels presented by the researchers behind the Project, the symposium also featured a panel entitled ‘What is to be Done by Leading Sectors?’ which touched on how the different fields of business, international aid, and international diplomacy could be used to end the global persecution of Christians. Amongst the panelists were Brian Grim, former Director of the Pew Research Center’s Religion & Public Life Project, and the Hon. David Saperstein, the former U.S. ambassador for international religious freedom.

The symposium was a wonderfully enriching yet sobering experience, as it allowed me to see the stakes that exist behind the academic research that I do. The opportunity to see different NGOs, aid organizations, and newspapers gathered at the symposium also showed me that social science research does have the powerful potential to shape actions outside of the academic world. My own small contributions to the Under Caesar’s Sword Project also provided me with an opportunity to see the tangible impact of my hours of work – something that is not common for undergraduate research. Finally, attending this symposium has also allowed me to move forward with my own research fieldwork for the summer, as I aim to conduct an in depth study of the political theology of the Catholic Church.

Personally, I owe a lot to Professor Philpott and Under Caesar’s Sword as I have found my passion for research through working with him on this Project. The themes of political theology and Christian persecution that the Project focuses on have become my own research interests, and this symposium served as a nice synthesis for the work that I have done with Professor Philpott and has provided me with a springboard for my own research in Malaysia this summer. 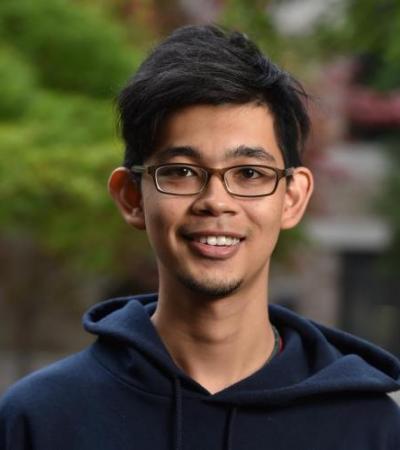