Prior to venturing into the field of international law, Anivesh Bharadwaj received his Bachelor of Commerce (2013) and Bachelor of Law (2017) degrees from the University of Delhi. Subsequently, after qualifying as an advocate in India, he worked in the field of constitutional and human rights litigation with the Chambers of Ms. Karuna Nundy and with J. Sagar Associates as an attorney. Eventually, he focused his independent legal practice on the issues of gender-based violence (“GBV”), human rights, and criminal justice. Thereafter, Anivesh obtained his LLM (with cum laude) in International Criminal Law (“ICL”) in 2021, which was a Joint Program between Columbia Law School and University of Amsterdam. During this program he also worked as a Research Assistant with Columbia Law School on a research project pertaining to analysis of the right to equality in South Asian countries.

After the LLM, Anivesh worked as a Visiting Professional at the Trial Chambers of the International Criminal Court, and as a Visiting Scholar at Columbia Law School. He also worked with a criminal appeals firm in California, assisting members of marginalized communities on issues of violation of the right to fair trial. Anivesh’s current research, as a Kellogg Doctoral fellow and a JSD candidate in International Human Rights at NDLS, seeks to explore the arguments to acknowledge and include gendered identities of the victims of genocide as a means to address GBV in the Global South. The research argues that the current definition and limited recognition of GBV ignores the intersectionality of the gendered identities of victims and reduces the gender-based persecution to sexual assault. 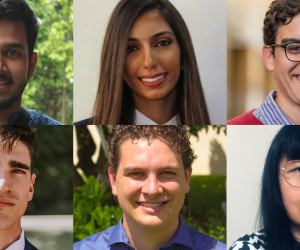