Alberto Díaz-Cayeros is professor of political science and senior fellow at the Freeman Spogli Institute for International Studies at Stanford University, as well as affiliated faculty at the university's Center on Democracy, Development and the Rule of Law. His work has primarily focused on federalism, poverty, and economic reform in Latin America, and Mexico in particular.

He has published widely in Spanish and English. His most recent book Political Logic of Poverty Relief: Electoral Strategies and Social Policy in Mexico (Cambridge Press 2016) was coauthored with Beatriz Magaloni and Federico Estévez. His numerous articles appear in such journals as Comparative Political Studies, Latin American Research Review, World Development, and the International Journal of Public Opinion Research.

Díaz-Cayeros joined the Freeman Spogli Institute faculty in 2013 after serving for five years as the director of the Center for US-Mexico studies at the University of California, San Diego. Previously, he was an assistant professor of political science at Stanford, assistant professor of political science at the University of California, Los Angeles, and a researcher at Centro de Investigación para el Desarrollo AC (CIDAC). He earned his PhD at Duke University in 1997. 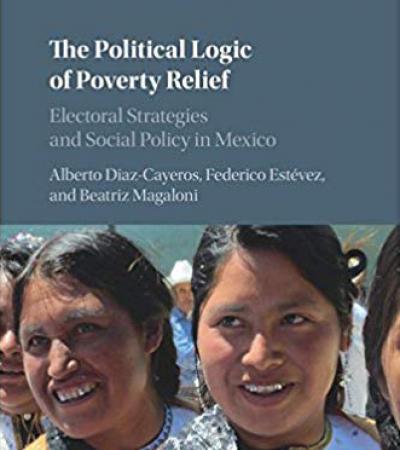 The Political Economy of Poverty Relief: Reflections on the Future of Social Policy in Latin America