This profile was current as of 2014, when she was part of the on-campus Kellogg community.

Olivia Schneider, a political science major with minors in business economics and international development studies (IDS), spent a semester studying international development in Uganda and stayed in country to volunteer for the summer with the nonprofit Raising Up Hope for Uganda. During her time in Uganda, she conducted fieldwork to compare the welfare of orphans, vulnerable community children, and street children. This research formed the basis of her IDS capstone, “Uganda’s Street Children: Investigating the Challenges of Street Life and Effectiveness of Phased Rehabilitation Models.” She presented her findings at the 2014 Human Development Conference, where she also served as a member of the student organizing committee.

As an International Development Fellow, Schneider will work in Uganda with the Association of Volunteers in International Service (AVSI), an NGO that supports human development with special attention to Catholic social teaching in 38 countries around the globe. Schneider will help to implement the USAID-funded SCORE project, which aims to improve the well-being of critically vulnerable children and their families by increasing household income, food security, and access to legal services. This partnership builds on the Kellogg Institute’s work with AVSI on a major initiative to understand the role of human dignity in development. 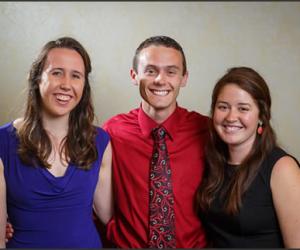