Deegan-Krause is the author of several books, most recently The New Party Challenge: Changing Cycles of Party Birth Death in Central Europe and Beyond (Oxford University Press, 2020), co-authored with Timothy Haughton of the University of Birmingham. He previously served as co-editor of the European Journal of Political Research Political Data Yearbook, which provides an annual summary of political developments in European, North American and Asian democracies. He is the recipient of the Truman and Fulbright Scholarships as well as of IREX Individual Advanced Research Grants, and has served as a consultant for the US Department of State on the politics of central Europe.

Deegan-Krause received a PhD in government and international studies from the University of Notre Dame. 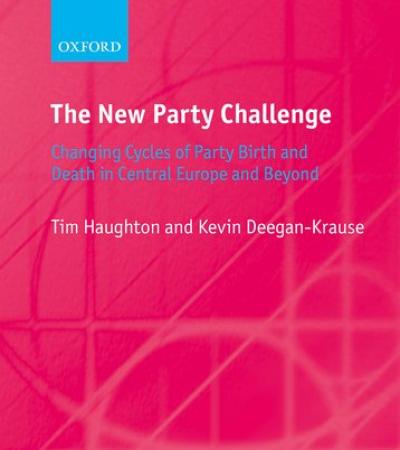 The New Party Challenge: Changing Cycles of Party Birth and Death in Central Europe and Beyond