Julia Strauss is professor of Chinese politics in the School of Oriental and African Studies (SOAS), University of London, where she is a member of the SOAS China Institute and the SOAS Food Studies Centre.

Her research interests span both sides of the Taiwan Straits, focusing on state and institution building, governance, the performative dimensions of politics, the environment, and China's "going out" policy toward the developing world, particularly with respect to Africa and Latin America.

She holds PhD in political science from the University of California, Berkeley. 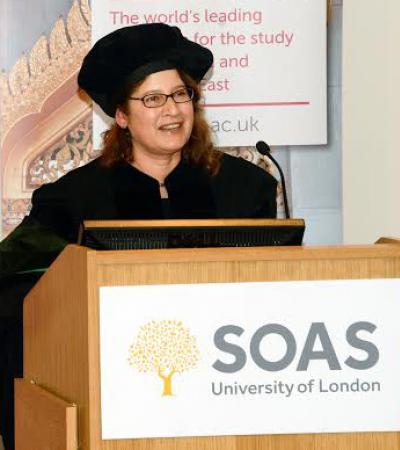 Rhetoric and Realities: China and Africa in an Age of Deepening Engagement