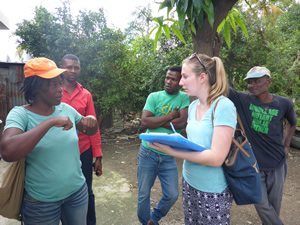 On January 3-8th, I travelled to Léogâne, Haiti with my Kellogg ISP advisor Tracy Kijewski-Correa, supported by a Kellogg International Scholars Program Break Research Grant, to assess sanitation access, understand currently implemented sanitation solutions, and propose potential solutions to local people. On the first two full days, I, along with three Engineering2Empower staff and an innovation club member from each city zone, conducted household surveys in each of the six zones of Léogâne. In each interview, we explained the purpose of the study, obtained consent from the interviewee, questioned the interviewee, and conducted an engineering assessment of the interviewee’s facility.

The interview questions evaluated the current facility and required maintenance, the interviewee’s attitude toward the current facility, their attitudes toward future facilities, impacts from Hurricane Matthew, and their attitudes toward facility maintenance. On the third day, I led two focus groups with young women and female innovation club members from all six zones. The focus groups were facilitated by a local female translator and documented via a voice recorder. All proceedings occurred in Creole to promote a flowing discussion and the recordings were later translated. On our final day, Dr. Kijewski-Correa and I brainstormed a potential sanitation facility to combat the notable issues revealed by the household surveys and focus groups.

This solution was proposed to local innovation club members to identify potential problems and the club members then pitched the idea to local citizens. Truly understanding the needs and wants of local people is key to implementing any successful solution in the developing world. For example, we spoke to employees of an American NGO that were piloting a composting bucket toilet in the Léogâne and we asked if they had collected any local input on the idea, which they admitted they had not. In our household surveys, we asked how comfortable people would be with a composting toilet; twenty out of twenty-two interviewees expressed they would be extremely uncomfortable with this feature. Our surveys and focus groups allowed us to gain invaluable insight so we can effectively develop and implement sanitation solution for the Léogâne community. 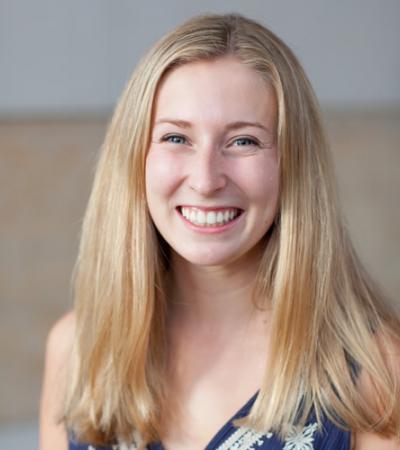